Singapore has risen as a great destination location for those interested in finding five-star accommodations and incredible gambling. However, analysts are concerned that the success of these casinos may be on the decline as the slowing market and uncertainty in VIP accommodations has them thinking that the days ahead may be bleak ones. 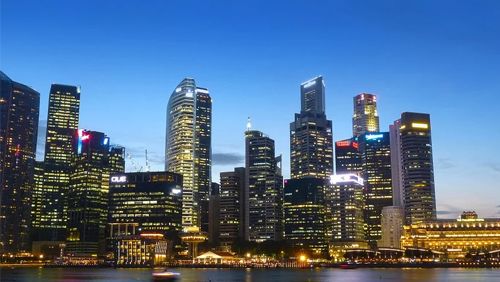 This recent assessment comes after Genting Singapore reported a “relatively weak set of numbers” for the first nine months of 2019. According to a recent filing, the company reported a drastic decrease in net profit for the third quarter of this year, falling by 24% over the same period of time in 2018. This occurred as a direct result of lower revenue from their gambling business.

Affin Hwang Capital, a leading investment banking in Singapore, explained that the struggles are occurring because of a variety of factors, including an increase of 50% on gambling taxes that came into effect in April. In addition, they explained that the mass market GGR has fallen by 10% year-on-year to SG$334 million ($245 million).

The biggest concern at Affin Hwang Capital was that the win rate has fallen to 2.6% after reaching an all-time high of 3.7% in the prior quarter. “We believe that the high win rate in 2Q … had helped mask the weakness of Genting Singapore’s profitability.”

For now, Genting Singapore appears to be the benchmark for future success. If so, then the future does not look bright.

The company reported a 7% decrease in total revenue. They also revealed that gaming revenue fell by 11% to a total of $360.7 million. While non-gambling revenue increased by 1%, this is clearly not the type of indicator that analysts are looking for. It means that customers are using the facilities but are not entering the casinos.

Genting has tried to dispel concerns in a recent filing with the Singapore stock exchange. They explained that they are having great success in attracting affluent customers from all areas throughout the region and that their focus was on increasing their growth within the Asian market.

The proof is in the fact that they are opening new resorts in both Yokohama and Osaka, Japan. However, this does very little to increase the confidence of analysts in Singapore. This is not a market that anyone’s going to be leaving anytime soon. However, a lack of success could mean that expansion or new investors may not be in the country’s near future.