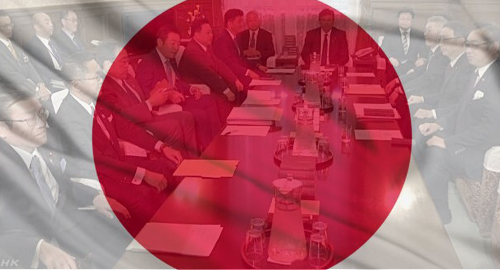 Last month, Japan’s government announced plans to establish a casino management committee by January 7, 2020. On Wednesday, Japanese media reported that the government had nominated Michio Kitamura to serve as chairman of the committee tasked with overseeing the country’s planned integrated resorts (IR).

The 67-year-old Kitamura most recently served as the inspector general of legal compliance at Japan’s Ministry of Defense, while also doing stints at the High Prosecutor’s Offices in the cities of Sendai and Fukuoka.

The government hopes to win approval for all five nominations during the current legislative session, which runs through December 9. However, Jiji Press claimed that some of the major opposition parties could object to the nominations, although the reasons for these objections weren’t specified.

Whomever ends up being approved, among the tasks the committee will take on will be vetting applicants for the maximum three integrated resort licenses that will be available (at least initially). That will be no small feat, given the interest the opening of Japan’s casino market has attracted from the gaming sector’s major players as well as a host of wannabes.

After years of idle talk, Japan got serious about approving casino legislation a few years ago, finally crossing the legislative finish line in July 2018. The government expects to release its ‘basic policy’ for screening would-be licensees by July 2020.

Operators initially vied with each other to see who could promise to spend more building a Japanese IR, but some major players recently began voicing concerns that the cost of entry may prove too great, especially given restrictions on local residents’ ability to access casino gambling.