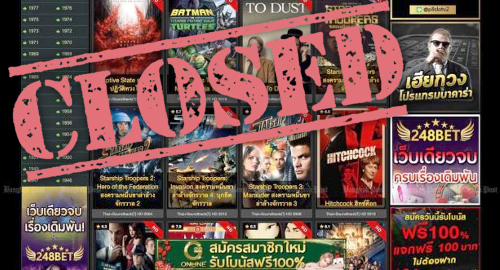 Online gambling operators are finding it harder to promote their wares via video file-sharing sites as law enforcement authorities and rights-holders get wise.

Last week, the Bangkok Post reported that Thailand’s Department of Special Investigation (DSI) arrested the administrator of movie2free.com, an illegal video streaming site that hosted over 3,000 pirated films and had a daily view count of around 10m. Alexa ranked the site 15th in terms of Thailand’s top-visited online destinations, only one spot behind Yahoo.com.

The site reportedly earned its operator around THB5m (US$165k) per month in advertising revenue, most of which appears to have come from roughly two-dozen internationally licensed online gambling operators.

The DSI was reportedly moved to act following complaints by the Motion Picture Association of America (MPA), which appears to be taking a greater interest in the gaming industry. In 2018, the MPA found that 16% of all ads on pirate video sites popular with Thai viewers were for gambling products, while over 62% promoted the sex industry.

In September, the MPA sent a report to the US Trade Representative that singled out “online gambling giant” 1xBet for using unauthorized file-sharing sites as “a vehicle” for promoting its gambling products.

1xBet has earned a reputation as a prolific user of pirated videos as promotional tools, embedding its logos right onto the screen of bootleg copies of popular movies and TV shows. In June, 1xBet was named Russia’s third-largest online video advertiser, behind only Google and Pepsi.

The situation grew so dire that copyright holders and internet companies agreed to the terms of anti-piracy ‘memorandum,’ which required online search engines to purge piracy-related links from appearing in search results, while Russia’s telecom watchdog Roskomnadzor would block the domains of offending sites.

This memorandum expired on October 31, but Russian media reported that legislators plan to introduce a measure that will permanently enact these rules. In addition, Russia will allow the blocking of sites advertising forbidden online gambling products – anything other than sports betting with locally licensed sites – without the need to first obtain a court order.