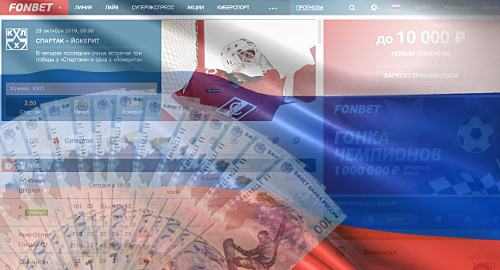 Russian-licensed online sports betting operators will enjoy four times as much growth over the next two years than the overall market, according to a new survey.

On Monday, Russian media outlet Kommersant published the results of a Sberbank survey of the nation’s sports bettors, which projected the overall betting market to grow at an annual rate of 7% per year through 2020. Over that same period, annual growth in Russian-licensed online bookmakers is expected to hit 30%.

Sberbank analyst Svetlana Sukhanova said this double-digit online growth won’t necessarily come from an increase in the number of bettors. Instead, the belief is that Russia’s online bettors will increasingly transfer their wagering from internationally licensed operators to locally licensed sites.

Around 81% of Russian bettors have reportedly placed an online wager, while 69% of those who currently only wager at Russian betting shops have indicated their willingness to take their action online in the future.

Russian-licensed online bookies must funnel all their payment processing through one of two centralized hubs known as TSUPIS. One of these TSUPIS is run by the QIWI Group’s Moscow-based JSC KIWI-Bank and handles payments on behalf of bookies belonging to the Bookmakers SRO (self-regulatory organization).

The Sberbank survey found that 58% of Russian bettors had placed a bet with a Bookmakers SRO member, and betting accounted for 41% of all JSC Kiwi payment revenue in 2018. That latter stat is expected to rise to 50% of revenue by the end of this year.

Russian bettors remain relative minnows in terms of their individual wagers, as Sberbank said the most common wager was less than RUB250 (US$4). Around 54% of Russian bettors make bets every week while 41% will place multiple wagers at the same time.

It should be noted that Sberbank’s survey relied on a small sample group and local banking reps questioned whether the weekly participation rate was as high as stated.

Meanwhile, Russian affiliate Bookmaker-Ratings published its own user survey last week, which found 14.6% of users were betting on a monthly basis, 42.4% bet every week while 35.8% wagered every day.