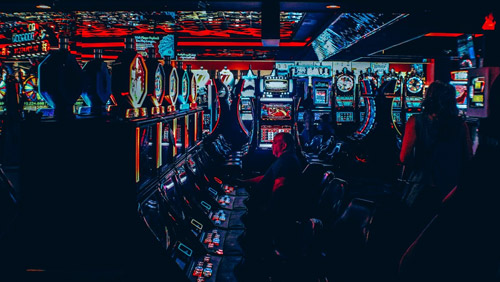 Twin River Worldwide Holdings (TRWH) is going to release its financial productivity for the third quarter on November 14. The gambling company, which operates Rhode Island’s two casinos and others across the U.S., will most like report having taken a hit as a result of a weaker Rhode Island market. With this revelation set to come, Union Gaming (UG) analyst John DeCree has issued an update on whether he stands on what’s coming for TRWH in the future. The forecast looks a little gloomier than it previously did.

Based on a slide in overall gaming revenue in Rhode Island for September, despite a 177.7% month-over-month increase in sports gambling revenue, DeCree believes that TRWH is looking at a greater negative impact in its bottom line thanks to a drop in revenue for the Twin River Lincoln venue. DeCree predicts that the margin impact in Rhode Island “could be more significant than we previously estimated,” and adds, “While the company did announce some cost cutting measures in the quarter, including dealer layoffs, it will likely take at least one or two more quarters to really align the cost structure with the current level of gaming volumes.”

As a result of the latest data being made available, UG has lowered its estimate on TRWH’s Adjusted EBITDA (earnings before interest, taxes, depreciation and amortization) from $39.2 million to $37.3 million. This is substantially lower than the consensus estimate, which remains at about $42.1 million.

Rhode Island, in general, is going to see a decline, as well. DeCree says the state’s gaming tax is contra revenue, which makes casino operating expenses more fixed in comparison to other gaming companies. This is going to lead to a 16% sequential quarterly decline in revenue, and the state’s gaming EBITDA is expected to drop by 27% month-over-month to $28 million.

The good news is that TRWH’s fourth quarter should be better as the company starts to see benefits from its cost-cutting measures and implements new ones. The bad news is that “better” won’t be good enough. In his update, DeCree states that the Adjusted EBITDA estimates for the fourth quarter, as well as for next year, are being trimmed from $38.5 million to $37.4 million and from $166.9 million to $163.5 million, respectively. He adds, “We expect the elevated promotional activity in New England will begin stabilizing later this year and TRWH should be able to recoup some gaming volumes throughout 2020. That said, the lower estimates have little impact on our valuation, which still remains attractive.”

TRHW’s price target had to be dropped a little, as well. Instead of the $30 that had previously been forecast, it now sits at $29. DeCree still sees a bright future for TRWH and keeps the rating at a “Buy,” and concludes, “Although the impact in Rhode Island from new competition has been greater than we originally expected, we believe valuation is still compelling and is supported by a number of catalysts in front of the company, including a flexible balance sheet that can support continued M&A and share repurchases.”