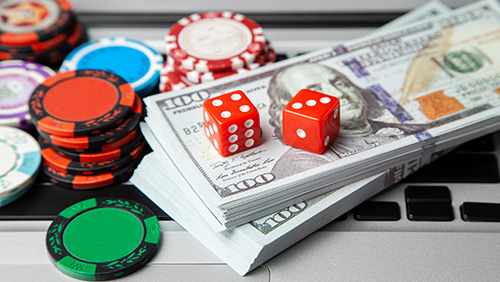 While this was the first Greek bracelet in Rozvadov, Kaimakamis joins Aristeidis Moschonas in the 2019 history books after his compatriot won a bracelet in Vegas back in the summer.

While the Kaimakamis rail celebrated, others will rue a final table where they entered the action with more chips than the winner without getting near the Greek player’s victory. Kaimakamis was one of the short stacks at the start of the final day’s play but defied the odds to triumph.

While there was less than €10,000 between the pay-outs for finishing fifth or sixth, the added bonus of coming in the top five players was an added €10,350 in value by way of a ticket to the WSOP Europe Main Event. That slowed play down for a time, with no-one wishing to miss out on a free entry into what will surely be one of the must-play events of the year, let alone the World Series.

Levi was the man with the stack at that stage, and he wielded it like the Sword of Damocles, only this time, the Greek legend would be the player, and Kaimakamis was not to be afflicted by any premature sense of peril. Levi slayed through the field, Gerardo Giammugnani, Leonid Yanovski and Luigi Macaluso all falling by the wayside before that ‘second bubble’ effect kicked in. It would be Andrew Bak who missed out on the Main Event ticket, and thereafter, play rapidly reached heads-up, with Kaimakamis the only player who survived the action.

With Kaimakamis the underdog, slightly better than 2:1 Down in the chipcounts, he would turn the potential Greek tragedy into the success story of his poker career. He started heads-up well, taking an early lead before the decisive pot saw the two men go to war in what turned out to be a coin flip for 80% of the chips. Kaimakamis held king-queen, and he needed to hit against Levi’s pocket tens, but a king on the flop and a queen on the river saw Kaimakamis complete the most unlikely of victories. Levi has led most of the day, but had to settle for €103,216, while Kaimakamis claimed €167,056 and the title.

Maybe they’ll talk of the legend in poker circles too, but Kaimakamis won’t care. He has the story to tell his children and his grandchildren, and, like all good fables, it had a dramatic ending, in that classic coin flip where Kaimakamis saw paint that he – and his supporters – will never forget.

If both men clash again in the Main Event that approaches, then watch out. They like to get it all on the line for the sake of a legendary tale to tell.