Home / Casino / Atlanta Motor Speedway may get a casino 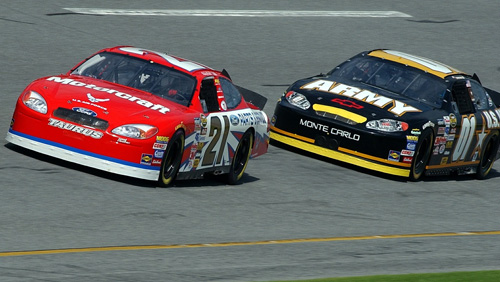 The first rule of business is that you always have to be looking to take operations to a new level in order to stay fresh. Those who don’t will invariably fall behind and, eventually, out. This is one of the reasons the president of Atlanta Motor Speedway (AMS), Ed Clark, has prepared a few designs of how the state could do things a little differently, bringing together NASCAR racing and

Georgia lawmakers are debating whether or not to put forth a measure to allow gambling expansion in the Peach State and Clark feels the opportunity could receive more support if it is tied to Georgia fan-favorite NASCAR racing. According Fox 5 Atlanta, he presented two conceptual drawings of what could be a Georgia version of an integrated resort, combining the existing AMS track with a theme park and casino.

In addition, the venue could offer a three-level golf driving range, an indoor/outdoor waterpark, a cinema complex an esports arena, a nightclub and a family entertainment center. Of course, no integrated resort would be complete without a 300,000-square-foot shopping mall and ten restaurants. Tack on a 700-room hotel, the 85,000-square-foot casino floor, 75,000-square-foot convention space and Georgia is looking at a huge project that would rival anything in the U.S.

AMS is already a popular venue and not just because of the NASCAR races. It hosts the Georgia State Fair, the Atlanta Air Show and the Imagine Music Festival, so the venue has an established presence that would make it easily adjustable to more activity.

Virtually everything Clark would want to build could be approved by state lawmakers, except for the casino. That would require a change to the state’s Constitution and is a two-step process. First, two-thirds of the lawmakers in Georgia would have to sign off on a measure to have the question of legalized gambling added to the voting ballot. If that support were received, the question would be put before Georgia voters next year for them to ultimately make the call.

Gambling proponents in the state are already working to convince lawmakers that expanding gambling options is a good idea. It’s not an easy task, given the relatively conservative nature of the state, but Clark adds some serious fuel to the flames. He points out that the resort, which could be built in collaboration with Foxwoods Resort Casino, would produce as many as 5,000 permanent jobs and around $1 billion in construction revenue.