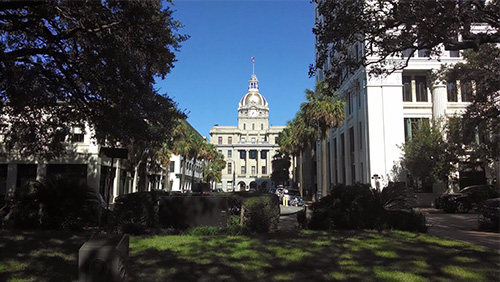 The U.S. state of Georgia has always been viewed as somewhat of a conservative southern state, complete with southern belles and laid-back views of how life should run its course. So, when the subject of gambling came up and the lottery was first introduced, it didn’t sit well with a lot of the townsfolk.

It has since become used to the idea of the lottery, but will try to take things further and allow things like sports gambling and casinos is a completely different story. As the state that brings the world peaches and peanuts continues the discussion on legalized gambling, both sides of the argument are turning up the heat.

One supporter of taking gambling to a new level in the Peach State, Senator Brandon Beach, expects that allowing casinos in would boost employment. He told the Atlanta Journal-Constitution, “We have the lottery, and that doesn’t create a lot of jobs. This would create thousands of jobs. That’s what I like about it.”

Representative Wes Cantrell, who is also a pastor, doesn’t see the benefit. He recently asserted, “While there would likely be some revenue increases due to gambling, this revenue would be more than offset by the increased costs to our state due to gambling addiction, sex trafficking, loss of jobs, less spending by those who gamble, small businesses closing, increased crime, and bankruptcies.”

The only way commercial gambling would come to the state is if voters allow it and Cantrell apparently doesn’t have much faith in the intelligence of Georgia’s residents. He asserts that it wouldn’t be fair if the issue were sent to the polls because gambling lobbyists would spend millions to convince the public, while those in opposition wouldn’t have the deep pockets to compete with those efforts. Of course he also misses the fact that none of his arguments have ever been substantiated as resulting from the legalization of gambling. He also misses the fact that gamblers are going to gamble, regardless of whether or not it’s permitted, and illegal gambling is far worse than legal, regulated gambling.

Georgia is now one of just eight states that don’t offer either tribal or commercial casinos. In the 24 states that have commercial operations, gross gaming revenue (GGR) from those operations reached $41.7 billion last year for a year-on-year increase of 3.4%, according to a recent report by the American Gaming Association. This means that, across the board, casinos gave their respective states around $10 billion in taxes to pay for diverse programs. Another $15 billion was delivered by the tribal gambling venues.

If Georgia were to legalize gambling, it would help fund a major education initiative, the HOPE (Helping Outstanding Pupils Educationally) Scholarship. It has been around since 1992 and has contributed over $10 billion in financial assistance to a number of individuals so they could receive a post-high school education. The scholarship only receives funding from the Georgia Lottery’s revenue and the program has been successful – in the most recent fiscal year, the lottery contributed over $1.14 million. However, keeping this pace up is going to become more difficult and it would be wise for the state to consider other funding options, including expanded gambling.