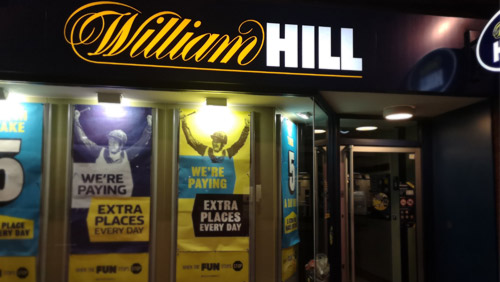 The house always wins, even when the gamblers do. Two rugby fans in the U.K. found that out the hard way after a bet they placed with a William Hill sportsbook was denied, even though the pair had won the bet. It all came down to a technicality, but it was a William Hill error and the global gambling giant might have to make good on the wager, after all.

Gary Smeaton and Kris Shenton, two lifelong rugby fans, placed a futures bet with William Hill about nine months ago, according to a report by Gambling News. They predicted that the Salford Red Devils would finish in the top five of the Super League with an 8-1 record, and then doubled the odds through a 25-1 that Jackson Hastings would end up being the Man of Steel, an award given to the player of the season in the league.

Both predictions ended up coming true – the Red Devils reached third and Hastings received the award – and the duo turned their $129 wager into $30,241 in winnings. Smeaton said after the results were in, “I put the bet on nine months ago at the Swinton branch of William Hill,” Smeaton said. “The guy in the bookies wrote it out for me. My mate kept the betting slip. We never dreamed that it would ever come in. I never thought Salford would finish top five, but I did have an inkling about Hastings winning the Man of Steel. I am a massive Salford fan. I sponsor Tyrone McCarthy and the Devils’ mascot.”

But, when they tried to collect their winnings, the two were denied. William Hill claimed it had to refuse the payout due to a “related contingency” between the two wagers. That’s the term used by sportsbooks to indicate that if one wager comes true, the second one is likely to come true and this would skew the odds.

As a result, William Hill only wants to look at the futures bet as if it were two individual wagers worth $64.62 apiece. That would make the payout just $2,197 for each, and the gamblers aren’t willing to accept the turn of events.

A William Hill representative accepted the bet, even if he shouldn’t have. When Smeaton returned to the branch where the bet had been placed and spoke to the person who took it, he was told by the individual that he “must have been half asleep” and that he never should have allowed the wager to be entered.

Being “half asleep” is not a good enough reason for being able to deny a bet – if that’s all it took, sportsbooks around the world would develop an entire business off that excuse. The sportsbook has already acknowledged that the mistake was a result of one of its representatives and said in a statement, “This bet has been struck as a result of human error and as such has been corrected. At no point was the double on offer before the start of the season. Unfortunately, we realise this is disappointing for the customer and we can only apologise.”

In addition to not honoring a bet because of its own error, William Hill is apparently wrong in how it used related contingency in this particular instance. According to Smeaton, the Man of Steel award is given only after a secret panel vote, which means it wouldn’t have been influenced by the outcome of the team’s position in the rankings. It can do more than just apologize, as it asserted, and will most likely have to provide some additional compensation. Smeaton said that he’s already taken the case to the Independent Betting Adjudication Service and is waiting for a response.