Casino operators continue to express their interest in the integrated resort (IR) scene in Japan, as do cities hoping to be selected as one of the first three locations next year. As everyone moves closer toward the expected launch, there will undoubtedly be a chaotic push for position by all of those involved and, in the meantime, they continue to formulate their plans of attack and seek to ensure a stronger foothold. 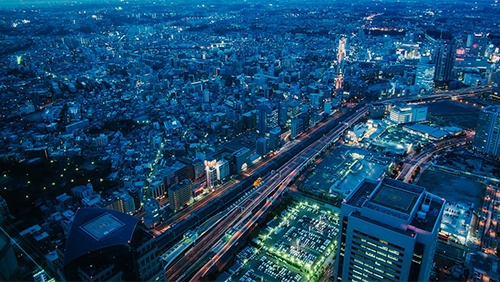 Yokohama, one of a handful of locations that wants to host a resort, has started its request-for-concept (RFC) period, looking for input from interested casino operators who want to set down roots there. The window for responding closes on December 23, giving those operators plenty of time to respond, and entities need to be fully prepared to outline their dream property. They have to show a complete business plan, detail the kinds of facilities that would be offered and provide an explanation on how they will combat gambling addiction.

Osaka and Nagasaki, two of the top contenders for an IR, already launched their own RFC processes. Osaka was the first after it opened up its period in April and Nagasaki followed earlier this month. Yokohama’s move comes in spite of growing local opposition to the thought of a casino in the area, a revelation that is going to make it difficult for the city to be approved by Japanese authorities when the time comes. The casino subject has become a polarizing issue and some are even calling for the removal of the city’s mayor. However, the local government is pushing forward and isn’t ready to throw in the towel, especially since it expects the IR to generate as much as $1.6 billion in revenue each year.

Elsewhere in the country, the Hokkaido prefecture is another possible choice for a resort and Mohegan Gaming and Entertainment (MGE), owner of Mohegan Sun, is optimistic about it being selected. It has now opened an office in Tomakomai as a measure of its level of support after the company announced this past March that it wants to be a part of the action.

The office isn’t just for the company to conduct its operations in an effort to win over the government; it’s also a chance for MGE to win over the local population. Locals are invited to visit the facilities and see what the company has planned and MGE explains, “At the Tomakomai Office, we plan to install not only the Mohegan company profile, but also a book that summarizes Mohegan’s corporate philosophy and CSR and an IR vision book.”

MGE’s plans include an Inspire-themed resort that could cost as much as $4.5 billion. That’s actually low compared to what some other companies have said they were willing to spend – Wynn Resorts said it would spend upwards of $8 billion – and may seem that the company is being cheap. However, it might actually prove to be a very smart move. Gambling and huge resorts are foreign to Japan. Proposing an ostentatious project that stands out from the landscape might be received like a zit on an otherwise flawless face. By toning down the scale, it’s possible that MGE might be able to win over the locals, and the government, more easily.