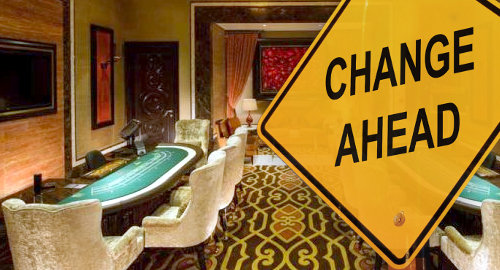 On Thursday, GGRAsia quoted Gaming Inspection and Coordination Bureau (DICJ) chief Paulo Martins Chan saying the regulator was drawing up draft regulations aimed at “raising the standard on background checks” of those involved in Macau’s junket industry, including their “capital sources.”

Chan, who made the comments on the sidelines of a public event, didn’t offer much in the way of specifics, saying only that the regulator planned to “raise the threshold for junkets who are entering the market. We are also going to reinforce regulation on them.”

For the record, the DICJ has been promising for years to impose stiff capital requirements on new junkets, and Chan offered no timeline for when this latest draft might find its way onto legislators’ desks. But the past few years has seen the DICJ tightening its grip on the junket sector following a string of highly public missteps, including internal theft scandals that left junket investors high and dry.

In January, the DICJ announced that its number of licensed junkets had fallen to 100, down by nine from the previous year. It was the sixth straight year in which the number of junkets had decreased from its 2013 peak of 235. Increased oversight by both Macau and Beijing led many junkets to steer their VIPs to other casino jurisdictions, including the Philippines, Cambodia and Vietnam.

Despite this shift, Macau’s government announced last week that its tax collection from commissions paid by casinos to junkets in 2018 totaled over MOP394m (US$49m), a 17% improvement over 2017’s figure and significantly higher than the MOP280m the government had projected it would earn from the sector.

The 2019 budget has earmarked MOP360m from junkets, which may actually prove out of reach. The 2018 junket tax collection benefited from the VIP gambling market’s resurgence after years of decline. However, current trends show the VIP market once again in steep decline.