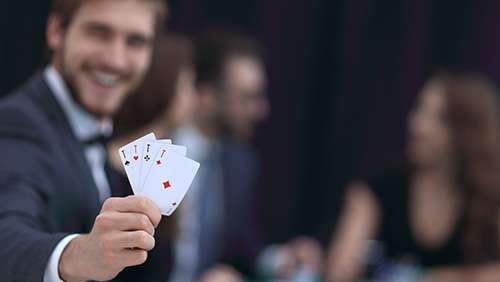 We’re only a handful of events into the action, but a significant result in Event #2 may have gone some way to deciding the race for 2019 Player of the Year.

With just three tables remaining in the €550 Pot Limit Omaha event, Shaun Deeb, who sits second on the Player of the Year leaderboard, was looking good for a potential 836-point win, but with Robert Campbell thus far failing to cash, that opportunity was blown in spectacular fashion as Deeb went from chip leader to out in 18th place, cashing for just €1,445.

Having led heading into the final day, his abrupt ending in the event will be a source of major frustration for Deeb, who’ll earn 166 points by finishing in the next percentile down from the top nine players, enough to put Deeb into a slight lead over Campbell. Anthony Zinno had a chance of putting himself right back into the reckoning at the top of the leaderboard, but he fell in 14th place to allow others in the race to breathe a sigh of relief.

However, having used a lot of his mental energy in an event he ultimately fell short in from a very strong leading position, Deeb will need to reignite the rocket boosters if he is to recapture the momentum in the next qualifying event, Event #3, the ‘Mini’ Main Event.

With the €250,000-entry Super High Roller not counting towards the Player of the Year standings, none of the leaders are currently involved and aren’t expected to take a seat.

The reigning WSOP Player of the Year, Shaun Deeb may yet be the man to stop in this year’s POTY race too, with a skillset in so many of the game variants on offer. Hi mixed game prowess aside, it seems as though there is no pressure on him in chasing down Robert Campbell, and while the Australian leads, he may need to win another event in Rozvadov to cling onto the lead come Bonfire Night.

Throw into the mix Daniel ‘Kid Poker’ Negreanu and his rivalry with Deeb which is likely to drive both men on, and we could yet be in for a final event showdown where several players are getting their abacuses out as the tournament reaches the business end.