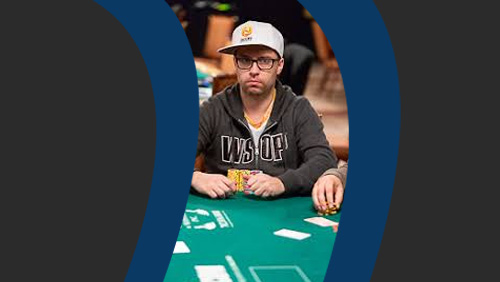 Hundreds of thousands of Spider Crabs are currently heading to Melbourne to moult – a feast for stingrays, seals and anything else with a penchant for soft shell crab.

An animal that won’t be digging a fin into the Port Phillip Bay buffet are the sharks because they’re not in that neck of seaweed; they’re in Las Vegas chowing on fish, and taking bites of the occasional whale.

Robert Campbell is one such shark.

The 35-year-old, Melbourne native, has made the final table of ten WSOP bracelet events, even catching sight of one up close when finishing runner-up to Arash Ghaneian in the $1,500 H.O.R.S.E back in 2015.

That’s enough heartache to pollute a poker mind, but Campbell kept on plugging away, and yesterday, railed by the likes of Gary Benson, James Obst and Joe Hachem, he took one down to Spider Crab town.

Campbell defeated 467-entrants to win the $144,027 first prize becoming the 20th Australian bracelet winner. The CEO of Neon Esports began the final table with an enormous chip lead but lost it late on in a titanic tussle between Jared Bleznick and the three-time bracelet winner, David Bach.

Bach wasn’t the only bracelet winner to make the final table. Hanh Tran, the defending champion, also made the grade until Aron Dermer brought his incredible run to an end in seventh place.

Bleznick took the chip lead before Campbell eliminated Dermer in the sixth position. Bach dismissed Jesse Hampton to become the chip leader, and Campbell fell to the bottom of the chip counts despite owning the scalp of Kyle Miaso in fourth.

The final three duked it out until Bach developed a big chip lead, and Campbell was fortunate to cut that lead to 1.97m v 2.69m when he eliminated Bleznick in third place. Both Bach and Campbell exchanged the chip lead during heads-up until Campbell found the right blend of luck and skill to finish off the job.

Despite Campbell having such a stellar WSOP record, it’s only his second live tournament win, after taking down the AUD 5,000 8-Game in the 2013 Aussie Millions. The win moves Campbell to third in the WSOP Player of the Year rankings after his third cash and second final table after finishing fifth in the $10,000 Omaha Hi-Lo 8 or Better Championship. He also finished eighth in the $1,500 Dealers Choice 6-Handed.