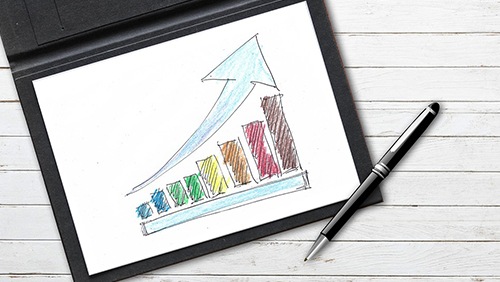 On October 15, Delta Corporation Limited announced that its quarterly profit results saw a 22% increase in revenue over the same period from last year.

Delta, India’s only listed casino and online gaming company, announced its results for the months starting in July and ending in September, 2019. The company reported total revenue of Rs. 252.76 crores ($35.4 million), which was a Rs. 16 crores ($2.2 million) increase over the second quarter of this year.

In their report, Delta stated that there was a small increase in its online gaming revenues stemming from online poker and rummy websites. The increase was Rs. 5 crores ($700,000) over the same quarter from 2018.

One big factor that is helped overall revenue is the reduction in corporate taxes by the Indian federal government. The tax rate dropped from 30% to 22%, which help to boost the profit margin for Delta.

This has proven to be a profitable year for Delta. The first quarter of this year saw the company increase its revenue by 18.7% over the same period from last year. Strong performances by their casino operations were the catalyst, which rose in revenue by over 21%.

The second quarter of this year has also seen an increase, although it was only by 2.6% over the same period in 2018. The increase rose to Rs 42.5 crores ($5.95 million). While the total revenue in this quarter saw a slight decline, the gaming revenue continued to rise while costs and expenses decreased, allowing the company to increase overall profit after tax.

This profit is occurring at a time when the company is still under investigation by the Indian government for possible tax evasion. While that report has not had an impact on the overall profit of the company, it has had a negative effect on stockholders. The value of the stock has dropped by double digits since May, and there was a substantial selloff of shares reported in July.

This selloff has seemed to have cooled off since then, and these new profit numbers should help to buoy confidence that shareholders have in the company.