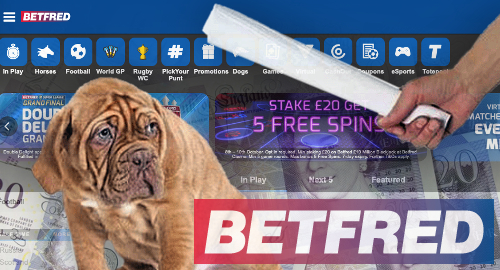 UK bookmaker Betfred has been penalized £322k for failing to determine whether one of its high-volume customers was gambling with stolen cash.

On Thursday, the UK Gambling Commission (UKGC) announced that it had reached a settlement with Betfred’s parent company Petfre (Gibraltar) Limited that will see the company return £140k in pilfered funds, make a £182k payment in lieu of a financial penalty and pay costs of £15k. The £182k will go toward accelerating the UKGC’s National Strategy to Reduce Gambling Harms.

The UKGC began its probe into Betfred after receiving info regarding a customer who’d been convicted of a £2m fraud, much of which ended up being spent with several UK bookmakers. In Betfred’s case, the customer deposited a total of £210k and lost £140k over a 12-day period in November 2017.

At the time of these deposits, Betfred requested the customer provide Source of Funds (SOF) info on two occasions, but the customer failed to comply. The UKGC said the fact that this punter was able to both deposit and lose the aforementioned sums “clearly indicated failings in the effectiveness of Petfre’s policies and procedures” regarding anti-money laundering (AML).

The UKGC considered several mitigating factors in assessing how to rebuke Betfred, including the company’s cooperation with the probe, the lack of repeated breaches of a similar nature, the fact that the company had shown insight into its failings and taken remedial action to shore up its AML policies.

This isn’t Betfred’s first trip to the UKGC’s sin bin. In 2016, the company reached an £800k settlement for similar AML failings involving a customer who stole £857k from their employer. In that case, Betfred was chastised for having made only ‘informal, ad-hoc” SOF inquiries.

This spring, the UKGC ordered Betfred to withdraw its new Virtual Cycling betting product that the regulator felt was intended to “undermine” the new government-mandated reduced stakes on the fixed-odds betting terminals in UK betting shops.