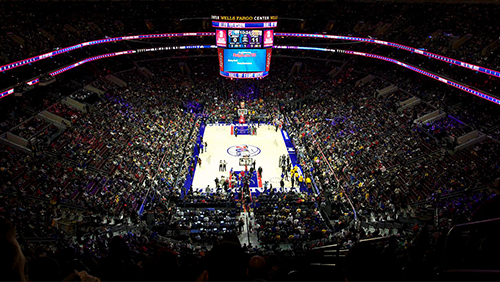 Parx Casino in Pennsylvania, coming off a judge’s decision that let the state keep over $1 million in tax payments mistakenly given by the property, is hoping a new partnership will ease the sting and help it recover the losses. The team has connected with the Philadelphia 76ers of the NBA in a plan that is designed to boost fan engagement and increase the casino’s user base for its mobile and online sportsbooks.

The 76ers have agreed to allow Parx to be the “Official Winning Partner of the Philadelphia 76ers.” It couldn’t let the venue become the official casino partner due to a standing agreement the basketball team has with Caesars Entertainment and its Harrah’s properties in the state.

As part of the new agreement, Parx will be launching a “Win For All” promotion that 76ers fans should enjoy. For every win the team adds to its season, those who use the casino’s mobile and online gambling platforms will receive a $25 bonus up to the 25th game. Above win number 25, the bonus is equal to the number of the win – the 30th results in a $30 bonus, the 40th in a $40 bonus, etc.

This could prove to be highly lucrative for sports gambling fans who follow the 76ers. In 2017, the team secured 52 victories and, last season, it saw 51. That’s a lot of extra gambling money that could ultimately result in handsome paydays. There is one catch to the promotion, though. Parx customers have to live within 150 miles of Philadelphia.

To put this into perspective, the Westgate SuperBook can help. It has a season win total over/under for the team of 55. It’s the second-highest in the league currently and, if it holds, Parx players that are able to participate in the promotion could receive as much as $1,840 in bonuses.

The president of the 76ers, Chris Heck, said in a team press release about the new partnership, “On the eve of the 2019-20 season, we are proud to announce a partnership with Parx Casino that will create an interactive opportunity between our fans and Parx Casino’s gaming platforms. The ‘Win for All’ promotion provides a creative avenue for fans to interact with our first-ever ‘Official Winning Partner’ and plays upon the competitive spirit of Philadelphia fans.”