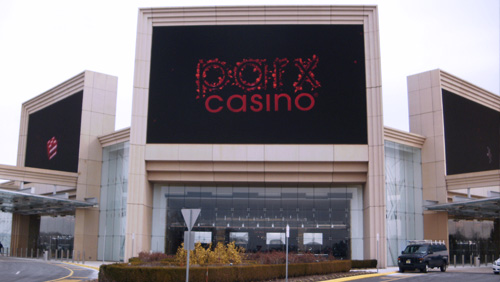 Greenwood Gaming and Entertainment made a sizeable contribution to the development of Pennsylvania, but it wasn’t because of some altruistic design to assist the Keystone State. Instead, the owner of the Parx Casino in Philadelphia had a malfunctioning calculator when it was figuring out its taxes and ended up giving Pennsylvania $1.1 million than it needed to. The state was very appreciative of the contribution and probably sent the casino a thank-you card, but that’s about all it’s going to receive. None of the money will be returned.

A judge has decided that the state can keep the money and that Greenwood shouldn’t expect anything for the “donation,” not even a tax credit. While there may have been merit to the claim, the decision to let the state keep the money came down to one minor technicality. In Pennsylvania, tax disputes have to be filed within three years of the issue – Greenwood’s claim was submitted about three years and six months after the original filing, making it about six months too late. Judge Kevin Brobson determined yesterday:

“This Court frequently reviews matters that require application of a statute to particular facts and circumstances. We did that in reviewing this matter initially. As reflected in the Court’s Memorandum Opinion, we sided with … Commonwealth’s position and held that Taxpayer’s petition for refund was untimely.”

Some numbers-cruncher at Greenwood most likely was out of a job as soon as the issue was found. As it did every year, Parx created its annual tax filing and submitted the data to the state’s department of revenue. However, there had been an error in calculating the amount of tax on gross gaming revenue (GGR) from slot operations that, according to a later audit, first appeared in 2009 and continued through 2011. It was finally caught in 2014, but not before $1,122,654.89 in bonus cash was given to Pennsylvania. The house, apparently, doesn’t always win.

The debacle hasn’t deterred Greenwood from wanting to expand in the Keystone State. It has already introduced a new $10-million sportsbook at the Parx venue and then began looking for its second and third sports gambling licenses for the South Philadelphia Turf Club and the Valley Forge Turf Club. It is also planning on spending another $8 million to build a satellite gambling venue in Shippensburg Township once it can find a suitable location that isn’t prone to sinkholes. Greenwood feels it has already experienced enough losses with money suddenly disappearing into nowhere.