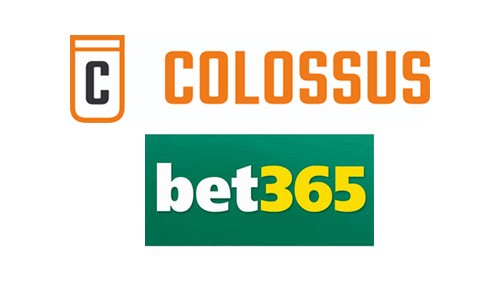 Colossus Bets announce today a long-term licensing agreement that will allow bet365 to tap into Colossus’ extensive cash-out patent portfolio in the U.S.

Colossus are considered a pioneer of cash-out functionality and have been granted several patents globally, including 12 in the U.S., covering all aspects of the now must-have feature.

The patents cover offering cash-out on several gaming verticals in the U.S., including poker, casino, lottery and, most notably, bet365’s world-leading sportsbook offering.

Colossus’ CEO, Bernard Marantelli, commented, “bet365 are known not just for their size but also their commitment towards user experience and we are pleased that licensing Colossus’ IP fits their commercial objectives in the U.S”.

Industry estimates suggest that if cash-out was a ‘sport’, it would qualify as the third biggest by betting volume for most sportsbooks, right behind football (soccer) and racing, which is telling of the significant dominance of what is a relatively new feature in betting history terms.

bet365 is the world’s largest online sports betting company with more than 45 million customers and employing over 4,300 employees.

bet365 is the original pioneer of in-play sports betting and is passionate about delivering a consistent sports content offering and exceptional value for its customers on the widest selection of markets. The group now streams over 190,000 live events every year and provides its service in 19 languages.

bet365 is recognised as an industry leader and has been the winner of many industry awards including the eGamingReview Operator of the Year and Sportsbetting Operator of the Year, and is currently rated #1 in the eGR Power 50’ as a result of its reputation and influence within the industry.

Colossus Bets is a multi-award-winning pools betting operator which has pioneered Cash Out and has been granted a series of patents in relation to the functionality across all forms of betting and gaming.

Since its launch in 2013, Colossus has distributed more than £100 million in prizes and has

gone live with over fifty partners, including Betfair, Mr Green and Betway Africa.