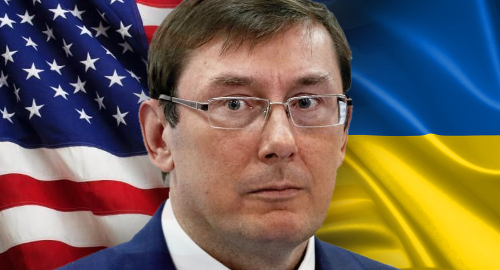 Ukraine is investigating a former top prosecutor for his alleged connections to illegal gambling operations but which could have much more to do with his role in America’s current political infighting.

On Tuesday, Ukrainian media reported that the State Bureau of Investigations (SBI) had opened criminal proceedings against former Prosecutor General Yuri Lutsenko, who is suspected of “abuse of office for facilitating illegal gambling.”

Lutsenko (pictured) is suspected of “a preliminary conspiracy with other persons,” who reportedly include former lawmakers and others suspected of involvement in illegal gambling operations in Kiev. The Ukraine abolished most forms of legal gambling in 2009 but unauthorized gambling options continue to flourish.

The case against Lutsenko was reportedly launched following a request by David Arakhamia, a senior member of Ukrainian President’s Vladimir Zelensky’s party. By law, the SBI is required to open a case following such parliamentary requests and the opening of a case doesn’t necessarily indicate that there’s any legal fire behind all this smoke.

The timing of the prosecution is notable, given that Lutsenko’s name has been all over US media of late. A rough transcript of a July call between Zelensky and US President Donald Trump showed Trump leaning on Zelensky to investigate Lutsenko’s handling of corruption allegations involving Joe Biden, Trump’s possible political opponent in the 2020 US presidential elections.

Weirdly, the case against Lutsenko appears to have been opened after he left the country for the US, allegedly to study the English language, following his dismissal from the prosecutor’s office in September. Lutsenko posted a message to Facebook denying any involvement in illegal gambling, adding that the prosecutors “must have a great imagination to accuse me of this.”

The political drama comes just as Ukraine is proceeding with plans to reapprove certain types of legal gambling. Zelensky’s plan is not yet fully formed, but will at the minimum involve casinos in five-star hotels in tourist zones, including the Black Sea port of Odessa.