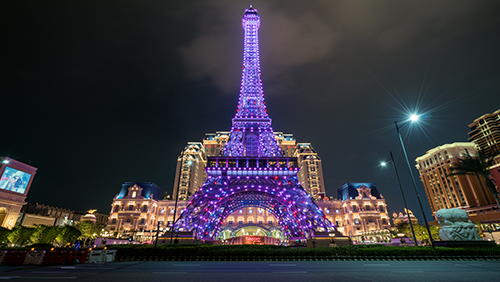 While Sheldon Adelson and his Las Vegas Sands empire are fighting a lawsuit in Macau, the billionaire is going to have to respond to yet another suit in Las Vegas. This one, however, doesn’t involve the power-hungry Adelson’s desire to control all things gambling. Instead, it centers on his “calculated scheme” to control the Las Vegas media scene. The Las Vegas Sun media outlet is suing Adelson and his Las Vegas Review-Journal (LVRJ) for violating agreements and trying to suppress the competition.

According to the Sun’s own report, the LVRJ is in violation of a standing agreement, the Joint Operating Agreement (JOA), in the media industry and that the LVRJ has attempted to eliminate profit sharing and keep the Sun from advertising. The news outlet adds that Adelson’s goal is to keep anyone from talking bad about him while monopolizing the local newspaper industry.

Joseph Alioto, an attorney out of California who is representing The Sun, is quoted as saying, “This guy (Adelson) wants to be in charge of what is said in the daily newspapers during the Nevada elections in 2020. There’s no question about that. It’s going to be an election year and (Adelson) wants to show his buddy, (President Donald) Trump, that he’s in charge in Nevada.”

Adelson has owned the LVRJ since 2015, but the purchase had been kept under wraps at first – no one knew who the new owner was. Only through investigative journalism was the truth revealed, and the desire for secrecy certainly raised a few red flags about the true purpose of the acquisition.

The Sun states in its complaint, “Unable to financially blot out the Sun, and tired of publishing his only rival, Adelson and the Review-Journal have recently filed a baseless and unlawful claim in Nevada state court seeking to terminate the JOA — the same agreement that grants antitrust protection to the Review-Journal.” It goes on to assert that terminating the JOA would bring about the demise of The Sun and that it would fulfill Adelson’s goal of achieving “100 percent monopoly power of local daily newspapers in Las Vegas and stifle all dissenting views.”

The JOA has been in place as a result of the Newspaper Preservation Act of 1970. The legislation sought to keep local media competition alive and prevent one entity from forcing out others, leading to a monopoly that could use its power to control what information was disseminated. The JOA between The Sun and the LVRJ has been in place since 2005 and sees The Sun, among other things, public a daily insert inside the rival’s newspaper.

Alioto adds, “What they want to do is take away the voice of the Sun so that (the Review-Journal) will be the only local major newspaper with opinions. There’s a commercial element and a First Amendment element, and they want to control both.”

The lawsuit hopes to get Adelson and the LVRJ to stop its “abusive, unlawful” practices and force the media outlet’s owners to either relinquish its non-editorial operations to an independent party or trustee, or to divest themselves from the company’s operations.

After it was discovered that Adelson had purchased the LVRJ, thanks to digging by the newspaper’s own journalist, several reporters left under threats of being reprimanded or fired for writing anything on Adelson. One, columnist John L. Smith, has previously asserted that he was told directly that he would be fired if he covered anything about the casino mogul.