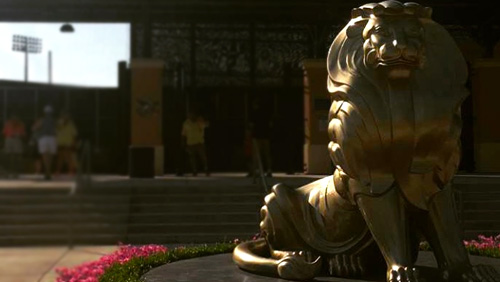 Fitch Ratings expects MGM Resorts International to be a top contender for an integrated resort (IR) in Osaka, Japan. According to GGRAsia, the U.S.-based casino operator, along with Japanese partner Orix Ltd., are setting themselves up to be the leading choice in the country once the IR bidding war officially launches. The company’s position has been bolstered by the recent decision by

both Las Vegas Sands (LVS) and Melco Resorts and Entertainment to concentrate on other locations in the country.

MGM has always been seen as one of the most viable options for Japan’s upcoming gambling industry, but has pulled further ahead of the competition. Alex Bumazhny explained to GGRAsia, “The exit of Las Vegas Sands and Melco [Resorts] from Osaka certainly increases the probability that the MGM/Orix consortium, which was already a strong contender, wins the RFP [request-for-proposal] there. However, a handful of other operators that have not pulled out [of Osaka] yet, such as Genting [Group] and Wynn [Resorts Ltd], also have a decent chance.”

He added, “Our sense is that whatever ends up being built [in Osaka] will be world class and will be the maximum investment the winning operator could make before jeopardising their return on investment thresholds. None of the major public operators that are left in the race are known for underinvesting when looking at their recent portfolios, and all have solid financial profiles as well as development and operating experience.”

Osaka has a couple of other suitors in addition to MGM. Galaxy Entertainment Group and Genting Singapore, a subsidiary of Genting Group, are still interested in the city, as is Wynn Resorts. The latter wants to build the “world’s largest casino property” there. Osaka has always been seen as one of the cities most likely to be awarded a license by the country, given its position as a major international tourism hub and the local support behind the IR industry.

Yokohama, Japan’s second-largest city, has been making itself more attractive to gambling operators in order to gain their attention and it seems to be paying off. Both LVS and Melco have announced that Yokohama is now their favored destination, with Melco stating that Yokohama offers a “convenient location, communication links, vibrancy, and pioneering spirit,” and that it is “an ideal candidate for a large-scale development designed specifically for premium international tourists.”