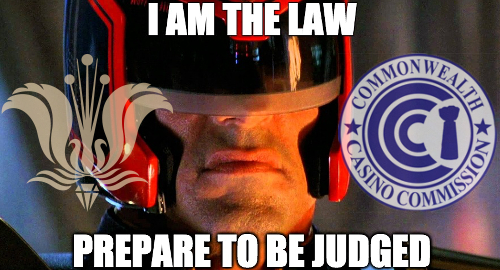 The Marianas Variety quoted the CCC bigwigs saying that the regulator “needs to be granted authority to be a law enforcement agency” in order to conduct criminal background checks of gaming licensees, investigate gaming-related crimes and to enforce violations of Saipan’s gaming laws.

The CCC recently reported frustration with IPI’s delay in paying its annual gaming license fee. The company made only a partial payment of its fee by the stipulated deadline and took another 15 days before it submitted the balance owed. The CCC imposed a $375k fine on IPI for the delay.

On Monday, Committee chairman Rep. Ralph Yumul said he was sympathetic to helping the CCC, but also announced that some provisions of HB21-11 would be removed as the bill progressed. Specifically, Yumul vowed to strike language that would have made casino tax information and financial statements confidential. Yumul said the only aspects of this provision that would remain would be to ensure the privacy of casino owners’ personal tax information.

IPI holds the lone casino license on Saipan, and the true nature of its financial situation has become an ever greater concern for CNMI legislators. Earlier this month, a federal court ruled against IPI’s efforts to prevent public disclosure of its tax information.

That court ruling allowed Rep. Edwin Propst to reveal that IPI had paid less than $21k in business gross revenue tax (BGRT) in 2019, a pittance compared to the $43.6m the company paid in 2018. IPI executives claim the company overpaid its BGRT in previous years and thus it is owed ‘credits.’ This view isn’t shared by Saipan legislators, including Propst, who found it galling that IPI was currently paying the government less BGRT than local supermarkets.

IPI’s fiscal horrorshow continued last month with news that it had lost $240m in the first half of 2019, largely due to its inability to collect gambling debts owed by VIP customers.

The Saipan Tribune reported that Pacific Rim is seeking $10m in contract damages, $5.65m for mechanic’s lien, another $5.65m to honor a promissory note, as well as various other damages, interest and court costs. Pacific Rim’s counsel Colin Thompson said IPI had routinely missed payment deadlines and only made partial payments on its debts since November 2018.