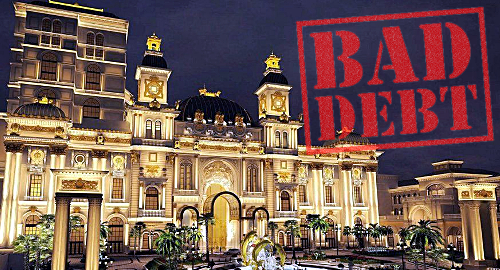 On Friday, the Hong Kong-listed IPI released its H1 financial report card, which showed the company booking a net loss of HK$1.88b (US$239.7m) in the six months ending June 30, a dramatic turnaround from the HK$79m profit IPI reported in H1 2018.

In what has become a predictable pattern, IPI’s bottom line was torpedoed by its inability to collect ‘trade receivables’ aka markers from VIP gamblers who tend to lose IPI’s phone number the minute they leave Saipan, after having being wined and dined as IPI’s guests.

IPI wrote off an astounding HK$6b (U$765m) of these debts in the first half of 2019, higher than the HK$5.75b the company deemed uncollectable in the same period last year. IPI’s biggest deadbeat gambler owed nearly HK$1.1b of this sum, while the ten biggest deadbeats owe a combined HK$2.5b.

IPI’s current receivables stand at HK$3.15b, so if there’s an upside to IPI’s VIP turnover fall, it’s that it should have a smaller sum to write off next time.

IPI announced in May that it had secured a $500m lifeline from a Japanese “institution,” the first $100m of which has already been made. Despite this infusion, IPI slow-rolled payment of its annual license fee to Saipan’s gaming regulators, suggesting that initial $100m was almost immediately allocated to putting out other financial fires.

IPI revealed this week that only one of five Saipan-licensed junket operators is actually steering high rollers to the casino and IPI’s H1 report said this junket represented only “a minor operation” of IPI’s VIP business.

Earlier this month, IPI warned investors to expect red ink, but investors appear to have been bracing for much worse, as the company’s shares closed out Friday’s trading up 5%. The stock gained strength as the day went on, possibly because three-martini lunches were fuelling irrational exuberance, but who knows.