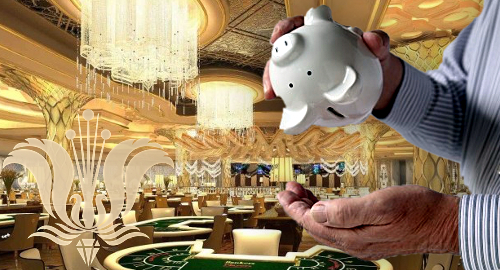 Embattled Saipan casino operator Imperial Pacific International (IPI) is once again warning investors that its profits are about to fall off a cliff.

On Friday, IPI advised the Hong Kong Stock Exchange that its board of directors felt it wise to warn shareholders that it expects to record a net loss in the six months ending June 30 compared to the slim profit the company reported in the first half of 2018. The H1 report is due for release on or before August 31.

IPI’s notice explained that the expected loss is “mainly attributable to the decrease in total revenue and the impairment of trade receivables.” Sharp-eyed readers will recall this exact language from the H1 profit warning IPI issued in August 2018 and the warning it issued this March regarding its FY18 results.

IPI lost $378m last year compared to a decent profit in 2017. The company has been in the dumps for a variety of reasons, most prominently the VIP gambling slowdown that has affected most of the Asian casino sector but has hit IPI especially hard, given its previous emphasis on high-rollers at the expense of the mass market and its preference for offering credit directly to VIPs rather than share the profits (real or imagined) with junket operators.

IPI has also been distracted in recent weeks by its efforts to prevent local gaming regulators from releasing its detailed tax reports to the public. The company lost its most recent go-round in US District Court earlier this week but a federal appeals court issued a temporary stay of that order on Friday ahead of another hearing later this month.

Last month, IPI president Shen Yan told a federal judge that “negative media articles” were having “a severe impact” on IPI’s efforts to raise additional capital and reassure its investors. Some local politicians have publicly complained that IPI owes the Commonwealth of the Northern Mariana Islands (CNMI) $38m in overdue taxes and fees, while owing private vendors another $35m.

Since Shen made those comments, the Commonwealth Casino Commission (CCC) auditor said IPI’s annual license fee of $15m – which is due on August 12 – could rise by $500k depending on movement in the consumer price index, as allowed under the CNMI’s gaming law.

IPI famously pays no taxes on its gaming revenue, instead paying an annual license fee and a certain amount of business gross revenue tax (BGRT). IPI recently withheld further BGRT payments to the government based on its arguments that it’s owed certain ‘credits.’ The government has called this claim spurious and accused IPI of attempting to use its significant volume of uncollectable VIP debts to offset its tax obligations.

Imperial Palace could close permanently due lack of money
Erik Gibbs
25 May 2020
.