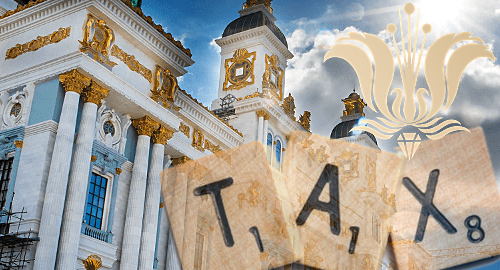 Saipan casino operator Imperial Pacific International’s gaming revenue tax holiday may be coming to an end, if some local politicians have their way.

Last week, Paul Manglona, a senator in the Commonwealth of the Northern Mariana Islands (CNMI), sent an open letter to Gov. Ralph DLG Torres, criticizing the government’s decision to impose austerity measures to alleviate a $26m deficit in the CNMI’s budget for the fiscal year ending September 30, 2018.

One of Manglona’s chief questions for Torres was an explanation for the “drastic decrease” in business gross revenue tax (BGRT) paid by IPI, Saipan’s lone casino operator. IPIs BGRT payments since last October total a mere $41k, down from $43.6m in fiscal 2018 and $67.7m in 2017. Manglona asked if IPI was being allowed to use its significant bad debt write-offs to reduce its income for calculating BGRT payments.

This spring, IPI CEO Mark Brown told the Commonwealth Casino Commission (CCC) that IPI’s BGRT payments had decreased based on the company’s belief that it was owed “credits” due to having overpaid its BGRT in previous years. Brown told local media that once these credits were exhausted “then we will go back to continue paying what’s due.”

Unlike virtually every other casino on the planet, IPI was famously spared the requirement to pay a tax on its gross gaming revenue (GGR) when it signed its 40-year exclusivity deal in 2014. Numerous attempts have been made to impose a GGR tax over the past three years, all of which failed to get out of committee.

On Monday, Rep. Tina Sablan introduced a new bill (HLB 21-23) that would impose a 10% tax on net (not gross) gambling revenue while House Gaming Committee Chairman Ralph Yumul has his own bill that would prohibit IPI from using uncollectable gambling debts to reduce its tax obligations.

Rep. Edwin Propst, who in 2017 launched an initiative petition to impose a gaming revenue tax on IPI’s operations, told the Marianas Variety that approving the gaming revenue tax bill was an “important” step in resolving the CNMI’s financial picture. Propst also stated that the fact that the tax applied to net, not gross revenue, was “actually very kind,” and he was looking forward to IPI’s reaction.

IPI appeared to have solved its immediate cashflow issues last month after receiving what it claimed was a $500m shot in the arm from a Japanese real estate and financial products firm. But like so many other things with IPI, only time will tell whether this cash injection proves to be actual fire or just more smoke.