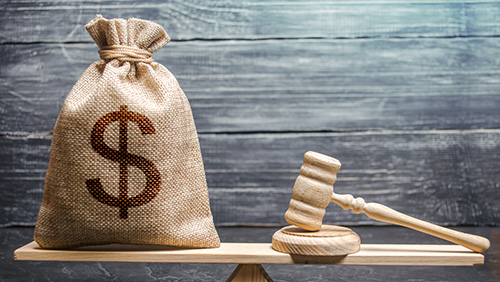 September is not getting off to a particularly good start for the Imperial Pacific International (IPI), as they have been fined $375,000 by the Commonwealth Casino Commission (CCC), as well as lost an appeal before the Ninth Circuit Court in their hopes to deny the release of tax information to the CCC.

On August 27, IPI finally paid their casino license fee of $15 million. This annual fee was expected to have been paid by August 12, but the company failed to meet its contractual agreement.

As a result, CCC Executive Director Edward Deleon Guerrero opted to impose a $25,000 per day fine for failure to meet the contractual requirement. Deleon Guerrero explained that “IPI was able to settle on Aug. 27, 2019. If you count starting from Aug.12, 2019 [IPI’s payment deadline], it amounts to a total of 15 days.”

While Deleon Guerrero decided to fine the Imperial Palace, he acknowledged that his action may not be authorized, as the full commission must vote to support any action of this nature. “I need to bring it to the commission in the September monthly meeting. We need their blessings for the stipulating order,” he said. “The commission needs to review and approve the stipulation but… [the commissioners] have accepted the stipulation and they understand that this is a violation.”

The failure to pay the $15 million appears to have come from a dispute related to an annual license fee. Deleon Guerrero explained that “Based on communications between IPI and CCC and IPI and DPL, they [IPI] were trying to get the $10 million back for the partial payment of the 2019 annual license fee. That’s why they paid the $5 million, thinking that DPL would return the $10 million.”

It is considered likely that the full CCC will vote to impose the fine.

If that news wasn’t bad enough, last Friday the U.S. Court of Appeals dismissed an action by IPI and its subsidiaries who were looking to try to bar the CCC from gaining confidential income tax information related to the company. In the ruling, the court found that a stipulation in the agreement between the two entities gave the CCC the right to gain access to this information.

The IPI and their subsidiaries had asked the court to bar the disclosure of these financial statements, claiming that the statements contained confidential information that was protected by a disclosure agreement and by the Open Government Act, which guarantees the right of privacy in the U.S. and Commonwealth constitutions. The court did not agree, making its ruling with prejudice, thus ending any further action in this matter.