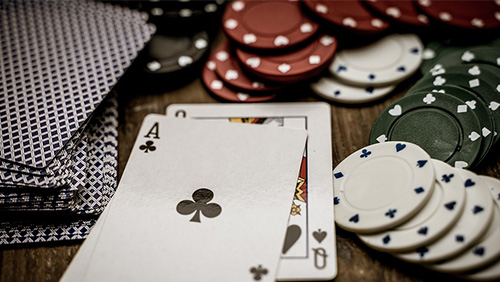 With the best players in the world assembling at Aspers Casino in Stratford, East London, the £250,000-entry British Super High Roller Bowl stage is set.

The first Super High Roller Bowl to take place in the U.K., and brought to life by Cary Katz and Poker Central, as well as being broadcast on PokerGO, the three-day tournament, begins today.

With some of the best players in the world expected to play, we’ve picked five who we know will be at the felt to keep an eye on.

The British-born player from Deal in Kent has already won a £25,000 buy-in event at the British Poker Open earlier this week. That victory propelled him to the top of the current GPI Top 10, but a win at the Super High Roller Bowl in London would surely make Britain’s most successful live tournament player in history a favourite for the overall GPI Player of the Year award, too.

Four-time World Poker Tour winner Darren Elias hasn’t been in London for the duration of the British Poker Open, but his prowess in tournament poker cannot be underestimated. One of the most consistent performers on the tournament circuit, he doesn’t play as many super high roller events as other competitors and will come into the event fresh as a daisy.

The Poker Central supremo has already appeared on more final tables at the British Poker Open than flush over flush showdowns, and judging by his stellar performance in the final event, the Main Event where he finished second to Ben Tollerene, Katz is hunting another money-making result in the Super High Roller Bowl. Known for his friendly yet fact-finding table talk and small-ball style, Katz is the throwback you can cheer for knowing he has a cunning way of finding a way to win. One of the good guys.

If you don’t know his name, then learn it. The Belarussian has already won a British Poker Open event this week and in doing so, overtook John Juanda on the all time money list. Should he win any money in the next three days, he’ll likely go past Phil Ivey on that list, and given his form, the 27-year-old could well go all the way. An unstoppable force at the table, Badziakouski is humble and open off it – a winning combination for fans of tournament crushers they can aspire to be.

The Bosnian phenom, who is already a Poker Masters winner has had a relatively quiet week at the felt. That could lull his opponents into a false sense of security, with the youngster likely to dominate the high buy-in tournament coverage for the remainder of 2019 after admitting that he has ‘millions’ on the line over the next few months. It could be a fascinating end of the year for Imsirovic, who has his eyes on Bryn Kenney’s current all-time total of $55 million.

Speaking of, it’s impossible to speak of players with a great chance of winning the event without discussing the current all-time money leader. While Sam Soverel should be favourite to win the event, having crushed the British Poker Open Championship with an event to spare. But surely Sam Soverel can’t win everything in London this week, and with Kenney in the form of his life this year, he has to be a lock to run deep and put himself in the position for victory at the very least.