It takes someone with unique grey-matter composition to try to pull off a crime, especially at a casino. Gambling houses are known for having a keen eye for detail and are adept at identifying stunts even before they begin. A recent patron of the del Lago Resort and Casino in New York tempted fate put the casino to the test, only to lose big time. His attempt at converting fake chips into cash only lasted for a brief minute and he is now looking at two felony charges. 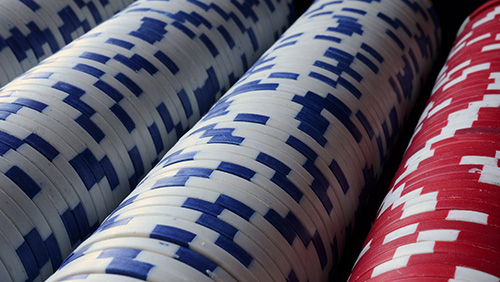 Syracuse.com reports on the incident, stating that Ronnie E. Lewis has been arrested by New York State Troopers for swapping the chips for $600 cash in the casino. The 62-year-old Rochester resident was brought to where he is going to call home for quite some time – in jail. He was behind bars at the time at the Monroe County Jail for unrelated crimes. Sounds like a real winner.

Lewis had apparently concocted a scheme that he figured would make him rich. He was able to alter the casino’s gambling chips in order to cash them in and, while the police reports are unclear, the $600 run may have been a test to see how effective his scheme would be. Apparently, not very.

Lewis was sent from his Monroe County jail cell to his new digs at the Seneca County Jail and is being held for his arraignment. That arraignment will see him looking at charges of second-degree criminal possession of a forged instrument and use of unlawful gaming property. Both are felonies and Lewis should start to get comfortable looking through metal bars since he will most likely be locked up for a very long time.

The del Lago is grateful it didn’t have to give up the $600, as it can’t afford to lose any revenue. It has struggled since it opened two years ago and has scrambled to find ways to cut expenses and restructure its debt. It also cut back on its casino operations last month to make way for a sportsbook, which it hopes will give it a huge economic boost. It’s still too early to tell if that move was effective.