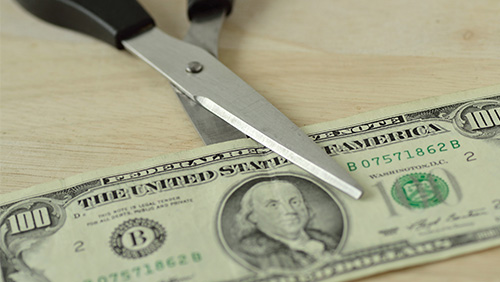 A casino in Edmonton, Canada is having to reduce its operations in an effort to try to find stability. The Grand Villa Casino Edmonton has said that it will only offer gambling four days a week because of the city’s “weak economy” and poor transportation infrastructure and the move comes following layoffs that are finding dozens of people suddenly looking for new jobs.

Beginning September 15, the casino will only open from Thursday to Sunday and from 12 PM to 1 AM. However, it will also turn on the lights for any major sports event or concert at the Rogers Place arena, which is located in front of the venue. The property has previously operated on a daily basis from 10 AM to 3 AM since first opening in 2016.

Tanya Gabara, the casino’s director of public relations, explains, “These temporary operational changes are necessary due to the lack of business caused by the extensive delays in the construction in the downtown core and lack of well-lit surface parking in close proximity to the casino.” The venue has been working with the United Food and Commercial Workers union to try and minimize the impact felt by the cutbacks.

Grand Villa is a Gateway Casinos & Entertainment-owned casino that offers 60,000 square feet of gaming space. For the past couple of weeks, according to statements by the casino and union representatives, full-time and part-time employees have been relieved of their duties as Gateway seeks ways to improve its bottom line. The layoffs have involved not just casino employees, but those involved in third-party operations inside the venue, such as Starbucks, Pinkberry, Sbarro Pizza and others.

Gabara adds, “It is difficult to state an exact number of impacted employees at this time until all of these options have been explored with our employees, which is our priority.” Employees are being offered “voluntary exit packages,” the option from moving from full-time to part-time employment or a transfer to another Gateway casino.

Union representative Michael Hughes is helping to ensure the transition is smooth and notes that legal assistance is on hand to verify the collective bargaining agreement is followed. However, he’s not convinced that Gateway’s decision is due to construction or lack of local economic growth, indicating that the local business scene appears to be stable. He feels that Gateway knew it was going to make reductions earlier this year when it essentially forced employees to accept changes to the agreement.