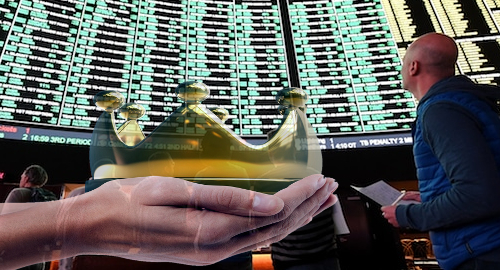 Nevada casinos once again topped the billion-dollar gaming revenue mark in July but was forced to cede the state’s sports betting crown to those pesky upstarts in New Jersey.

Figures released Wednesday by the Nevada Gaming Control Board show the state’s brick-and-mortar casino operators generated combined gaming revenue of $1.02b in July, up nearly 3% from the same month last year although down slightly from June 2019’s $1.04b result.

The ‘card games’ category, which in Nevada-speak means poker, soared nearly 86% year-on-year to $22.2m, reflecting the annual migration of players to Vegas for the World Series of Poker.

July’s sports betting revenue totaled $10.5m, up nearly 155% year-on-year, although that growth stat benefited from a low result in July 2018, which was itself a marked improvement over July 2017’s woeful $524k performance. July 2013 marked the last time the sportsbooks turned in a negative result. So basically, July is just a crap time to be a Nevada bookie.

July 2019’s gains came courtesy of baseball, which saw its monthly revenue more than double to $8.6m. The ‘other’ category was up nearly 50% to $4.1m, but lazy basketball bettors brought the overall total down by cashing in nearly $2.1m worth of winning tickets. The state’s race books reported revenue down 4.3% to $3m.

Nevada’s July sportsbook revenue came in well short of their New Jersey rivals, who collected $17.9m from their state’s punters last month. The Garden State also eclipsed Nevada in terms of wagering volume for the second time, with New Jersey’s July handle of $251.4m well ahead of Nevada’s $235m.