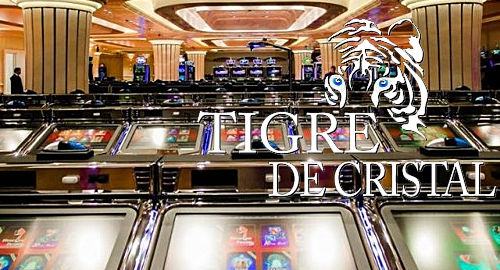 Russian casino Tigre de Cristal enjoyed a nearly one-quarter revenue rise in the first half of 2019, largely due to renewed VIP gambling activity and a surge in slot machine play.

On Monday, the Hong Kong-listed Summit Ascent Holdings, which holds a 60% stake in the company (Oriental Regent) that controls the Tigre de Cristal casino in Russia’s far east Primorye gaming zone, reported revenue of HK$257.3m (US$32.8m) in the six months ending June 30, a gain of 24% from the same period last year.

Tigre de Cristal’s gaming revenue accounted for nearly HK$237m of its H1 total, a year-on-year improvement of 24.2%. Despite previous pledges to lessen its reliance on VIP gamblers, the property’s VIP revenue was up more than two-thirds (after rebates) to HK$68.8m.

VIP gambling turnover was up 28% to HK$8.4b, reflecting the casino’s new relationship with the Suncity Group, Asia’s leading junket operator, which in April boosted its ownership stake in the casino to nearly 28%. Tigre de Cristal was down to 12 VIP tables at the end of H1 2018, but this has risen to 22 by the end of H1 2019.

Summit Ascent said Monday that it expects its cooperation with Suncity “will continue to grow in scope.” The relationship fits with Suncity’s desire to provide its high-rollers with a diversified portfolio of gaming properties, and Russia’s low gaming tax rates – fixed levies calculated on the number of gaming positions, not a percentage of revenue – allows Suncity to offer its high rollers ‘attractive’ rebates.

The renewed focus on VIP activity does appear to have cut into Tigre de Cristal’s mass table business, as the segment saw its revenue fall 7.3% to HK$77.4m, thanks to flat table drop and a two-point drop in win rate. But mass tables are denominated in Russian rubles, which haven’t fared well in comparison with the Hong Kong dollar. On a constant currency basis, mass table revenue would have risen by 2%.

The casino’s slot machines, which rely on local customers, had a far better start to the year, rising 36.5% to HK$90.6m despite slots handle rising only 22%. The casino added over 50 new machines to its mass gaming floor since H1 2018, and slots win improved 0.6 points to 5.5%.

Looking to keep these good times rolling, Tigre de Cristal is planning to open several new non-gaming amenities to cater to its regional customers, including a Korean BBQ restaurant, which expect to be in place by Q1 2020.

Suncity had its own ideas regarding the property’s long-awaited Phase II development, and these changes mean the first stage of this expansion won’t open now until ‘early 2022.’