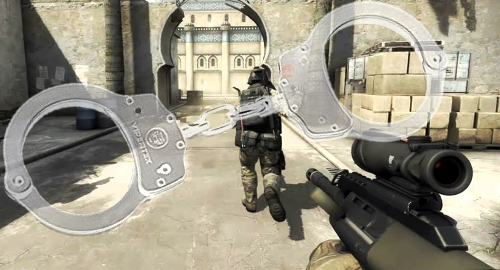 Australia has busted an eSports match-fixing ring while Russian legislators want to ban all eSports betting in their country.

On Thursday, police in the Australian state of Victoria announced that their Sporting Integrity Intelligence Unit had arrested six men suspected of arranging the outcome of a Counter-Strike: Global Offensive (CS:GO) tournament.

Police opened their investigation in March following a tip from “a betting agency” regarding suspicious wagering patterns on the tournament, the date of which went unspecified. The police added that they were working with “a number of betting agencies, including [Flutter Entertainment’s] Sportsbet, in relation to this matter.”

The six suspects appear to be players involved in the tournament who arranged to throw at least five matches, on which they placed “over 20” bets. The suspects released pending further enquiries and could face charges of engaging in conduct that corrupts or would corrupt a betting outcome and using corrupt information for betting purposes. If convicted, the suspects could be banged up for as long as 10 years. (Game over, man.)

This is the first eSports betting probe the Victoria Police have undertaken, but Assistant Commissioner Neil Paterson said the arrests should send the message that “police will take any reports of suspicious or criminal activity within eSports seriously.”

Once again, the betting industry has proven that they are the best defence against match-fixing, which isn’t surprising since they’re the ones who stand to lose the most from such chicanery.

RUSSIA SEEKS ESPORTS BETTING BAN
Meanwhile, Russian legislators are seeking to amend their gambling laws to prohibit wagering on eSports altogether. The laws currently on the books prohibit Russian bookmakers from taking bets on competitions involving underage athletes but some deputies in the Duma want to insert the phrase “and computer sports competitions” into the list of prohibited markets.

Darina Denisova, president of the Bookmakers Self-Regulatory Organization (SRO), one of two groups that represent Russian-licensed bookies, told Betting Business Russia that this attempt to ban eSports betting was “simply scandalous and has no reason.”

Denisova said the ban would “destroy all the achievements” that eSports betting has made in recent years. Many Russian-licensed bookies already offer eSports markets, and Russia got its first dedicated eSports betting operator in June through the launch of GGbet.ru, which operates under Bet.ru’s Russian license.

This week, Paruyr Shahbazyan, founder of Russian betting affiliate Bookmaker Ratings, gave an interview in which he estimated that eSports betting currently accounts for between 4% and 7% of Russia’s total sports wagering volume. It’s an admittedly small slice, but Shahbazyan says eSports betting enjoyed “double-digit” growth in 2018 and thus its current volume is nowhere near its peak.

Russian legislators may think their eSports betting ban will protect youth from being corrupted but, as the Australian experience amply demonstrates, it’s only through an open and responsible gambling marketplace that corruption will even be detected. So it’s a question of accepting betting and living with the occasional fixing scandal, or banning betting and declaring that ignorance is bliss.