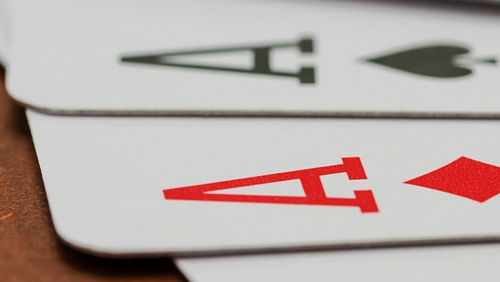 A round-up of the action at partypoker MILLIONS Europe including €10,300 No-Limit Hold’em High Roller win for Ivan Gabrieli.

The partypoker MILLIONS express has passed through Rozvadov under the guise of MILLIONS Europe.

There were four €1m+ GTD events, and all of them nailed their guarantees.

The former Irish Open winner is enjoying turning poker players into carcasses in some of the most significant events in the world. Last year, he finished eighth in the European Poker Tour (EPT) Main Event in Barcelona. In the summer, he finished sixth in the $888 No-Limit Hold’em Crazy Eights event at the World Series of Poker (WSOP). Papazian won that event in 2017.

The €10,300 MILLIONS Europe Main Event was an eyeball aching spectacle that saw players from the Czech Republic outshine a barrage of Brits at the final table. Charlie Carrel came into the last day as the chip leader, with Sam Grafton and Roberto Romanello also in phantom mode. But it was buddies Lukas Zaskodny and Josef Snejberg who made it to the heads-up phase, with the former beating the latter for €906,770.

Speaking to John Duthie, partypoker LIVE President, on the success of MILLIONS Europe, he was particularly happy with the new online satellite format.

“It was a successful event particularly the Main Event,” Duthie told me during a phone call. “Running Day 1 online, allowing them to travel to the venue knowing they were already in the money, that was very popular. Three of them even made the final table, with one of them qualifying for $109.”

There were two €1m GTD High Rollers on the MILLIONS schedule.

Michael Zhang capped off an excellent series with the victory in the €25,500 No-Limit Hold’em Super High Roller. The British pro conquered a field of 42-entrants (inc. 9 re-entries) to capture the €350,000 first prize.

Orpen Kisacikoglu defeated a field of 32-entrants to win the €905,937 first prize in the €100,000 No-Limit Hold’em Triton Super High Roller. Troyanovskiy made his second final table of the week finishing runner-up. Ben Heath, Wai Kin Yong, Cary Katz and Kristen Bicknell finished in the money in that one.

The critical element to partypoker’s success is their coalface conversations with their clientele. One such conversation saw partypoker use shot-clocks from the start of the MILLIONS Europe Main Event. Duthie told me that the players liked the idea. One area of feedback that Duthie’s team are looking at is the structural changes implemented due to the creation of Online Day 1’s.

“Some people told us that the event ran pretty fast for a $10k,” said Duthie. “We’ll take a look to see if we can balance that {levels} better. “We want everyone to enjoy the experience, so we will continue to make tweaks here and there based on player feedback and our experience.”
The next MILLIONS event is MILLIONS World.