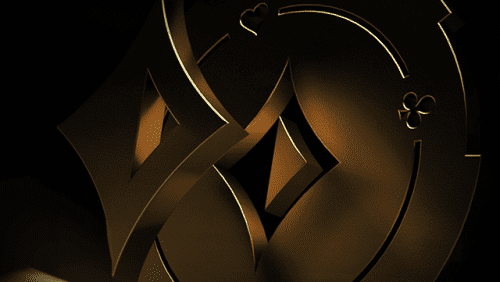 The second of six partypoker MILLIONS events is as dead as a spine riddled with bullets, and Francois Billard is the latest homo sapien to have his name engraved into the brand spanking new monolithic looking trophy.

The partypoker LIVE CA$10,300 MILLIONS North America Main Event enticed 521-entrants into the Playground Poker Room in Quebec, Canada, and after the hounds were done chasing down all the foxes, it was one of their own that remained in a seat.

It was a cracking final table.

The action (in a nutshell)

With blinds at 800k/1.6m/1.6m, Rabichow raised to 3.2m from under the gun, and Landriault defended the big blind. The dealer planted the all-black Qs8c5c onto the flop, and Landriault check-called a 2.4m Rabichow c-bet. The 2h arrived on the Fourth Street, Landriault checked, Rabichow moved all-in, and after using two-time extension chips, Landriault made the call. Landriault showed Ac8s for the second pair, but Rabichow had him beat with QdJc for top pair, and the 3c on the river didn’t change that fact.

With blinds at 1.5m/3m/3m, Billard moved all-in from the button, and Paul Fontan called from the big blind for his last remaining 20.6m and lost Qh7h versus Jc4c when Billard flopped a second jack.

With blinds at 1.7m/3.5m/3.5m, Rabichow opened to 7m from the first position, and Kolonias made the call from the blinds. The action checked through to the turn on Tc9d4hTs, and Kolonias check-called a 5.5m Rabichow bet. The final card of Kolonias’ tournament was the Qc. The man from Greece checked, Rabichow moved all-in, and Kolonias called showing 9s6c for tens and nines, but Rabichow had him beat with AcQh for queens and tens.

Billard began to run away with things when three-handed before the trio decided to cut a deal that ended like this:

Rabichow doubled through Billard when pocket nines outran ace-king to give him the chip lead and send Billard down to the basement. Billard then climbed back into the lead and took a 2:1 chip lead into heads-up after eliminating Jouhkimainen.

With blinds at 2.5m/5m/5m, Jouhkimainen moved all-in for 69m holding Qc6c, and Billard called with AdJc. The board missed both players, meaning ace-high was the best hand, and the Finn was out.

Rabichow doubled once when As7s beat KcJs and chipped away to get the stacks close to even, but he never took the chip lead from Billard. The final hand came with blinds at 3m/6m/6m, when Rabichow opened to 12m on the button, Billard three-bet to 42m, and Rabichow called.

Billard bet 26m, and Rabichow made the call.

Billard moved all-in, a move that put Rabichow’s tournament life at risk, and he called showing JhTd for a pair of tens, but Billard held Ts9d for a superior two-pair hand. Rabichow had outs, but the 6d wasn’t one of them, and it was a case of ‘Taxi for Rabichow.’