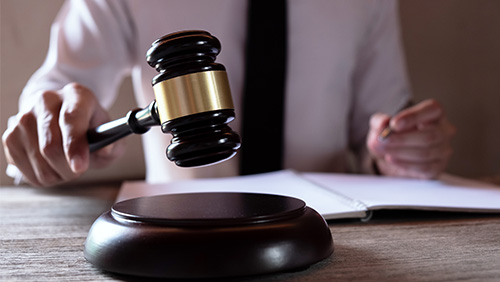 No one else wants to say it, but here it goes. It makes no sense how Imperial Pacific International (IPI) can continue to push forward with its Imperial Palace casino on Saipan, as well as a second casino project in the Commonwealth of Northern Mariana Islands (CNMI). The company has had to fight one lawsuit after another, has repeatedly pushed back the completion of construction at

Imperial Palace – despite being given an ultimatum to have it completed last year – and can’t pay its bills on time. Anywhere else, these repeated issues would be grounds for license revocation. It continues to thumb its nose at authority and the law and, in one of its ongoing lawsuits, is reportedly going to play the 5th Amendment card.

According to the U.S. Constitution, the Fifth Amendment guarantees protection against self-incrimination. It reads, “No person shall be held to answer for a capital, or otherwise infamous crime, unless on a presentment or indictment of a Grand Jury, except in cases arising in the land or naval forces, or in the Militia, when in actual service in time of War or public danger; nor shall any person be subject for the same offence to be twice put in jeopardy of life or limb; nor shall be compelled in any criminal case to be a witness against himself, nor be deprived of life, liberty, or property, without due process of law; nor shall private property be taken for public use, without just compensation.”

IPI is having to answer in court allegations that it, through companies it hired to conduct the Imperial Palace construction, illegally hired Chinese workers, despite government oversight, and then proceeded to offer them lower wages and lack of required workplace safety measures. Previous attempts to have the case dismissed have been denied.  Since it couldn’t get its way in court, it may have now decided to clam up and not say a word.

According to court documents, IPI allegedly asserts, “IPI reserves the right to invoke its Fifth Amendment right during discovery given the possibility, regardless of how remote, that IPI may be subject to a criminal action based on the alleged acts and conduct of its contractors and subcontractors.”

At every turn, IPI looks for a way to make excuses and stay clear of any legal blowback. It has done so in trying to prevent its finances from being released and is doing so in the employment lawsuit, as well. However, as the old adage goes, the truth always comes to the surface. The company has warned that it is seeing reduced profits and, more recently, was not able to pay for its annual gaming license. It reportedly only made good on $5 million of the $15 million due, despite having been given a $500-million bailout in May and another injection of funds last month. The director of the Casino Control Commission (CCC), Edward Deleon Guerrero, wants to take action. It will be interesting to see if something is actually done this time, or if IPI will receive another free pass.