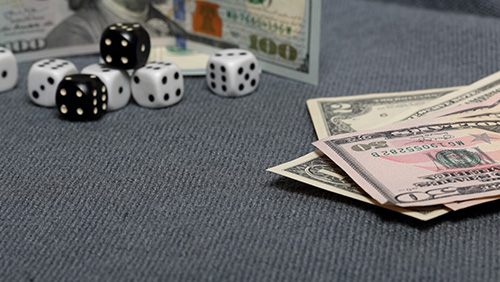 A lucky gambler has FanDuel, the St. Louis Cardinals and the Chicago Cubs to thank for putting some extra spending money in his pocket. The combination allowed the bettor to complete an eight-team parlay bet he placed at a FanDuel sportsbook in Indiana’s, allowing him to turn $100 into $30,000 with two swings of a bat in Major League Baseball (MLB) games, according to FanDuel’s director of publicity, Kevin Hennessy.

This past Sunday, the Cubs took down the Cincinnati Reds and the Cardinals bested the Pittsburgh Pirates thanks to impressive homerun swings by the teams’ clinchers. Those two wins completed a set for the gambler that included the Atlanta Braves over the Miami Marlins, the Cleveland Indians over the Minnesota Twins, The Washington Nationals over the New York Mets and others. The bet was almost lost several times, including when the Twins found their second wind in the bottom of the ninth to threaten the Indians. The game would have to be decided in an extra inning, with the gambler’s choice pulling off the victory, 7-3.

The Cubs weren’t expected to win their game against the Reds. The team may be on top of the National League Central, but has a losing record of 22-35 when on the road. About two-thirds of the way into the contest, the Reds looked to have a lock on the win with a 3-0 lead, but the Cubs didn’t give up. They fought back and put two on the board in the seventh, with Kris Bryant sealing the deal on a three-run homer toward the eventual 6-3 victory.

The Cardinals were favored to win against the Pirates, given that the Pittsburgh boys have only put up four victories in 27 games. However, the Pirates surprised everyone by taking an early lead that they held into the seventh inning. Rookie Lane Thomas would have to show his veteran teammates who was in charge by knocking the ball out of the park on a bases-load, full-count swing.

The gambler was close to tasting betting success at this point, but still needed to cover the spread for the parlay bet to pay off. He got the last piece of the puzzle through the Cardinals’ Dexter Fowler when he hit a two-run homer in the eighth to lock the bet for the gambler.

Converting $100 to $30,000 isn’t an easy feat, but this gambler did it in spectacular fashion. What a way to start the week.