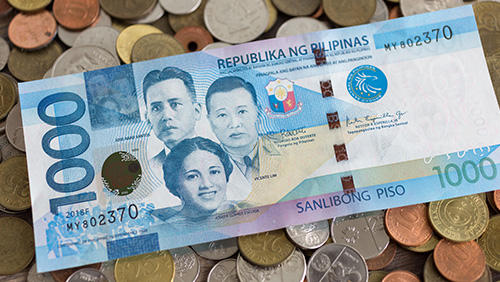 Now that the dark underside of the Philippine Charity Sweepstake Office (PCSO) has come to light, the dogpile has really started. As reported by local outlet The Manila Bulletin, it appears the lottery operation was allowing its partners to skirt the country’s tax laws.

The Volunteers against Crime and Corruption are accusing the PCSO of allowing small town lotteries (STLs) to go without paying their taxes as called for by the Tax Reform for Acceleration and Inclusion (TRAIN) law, the tax reform bill passed by President Rodigro Duterte’s administration. Anselmo Evangelista Jr, president of VACC, wrote:

“While reporting only a small portion of actual STL sales (the bigger portion goes to jueteng), even that is illegally exempted from the TRAIN law.

“There is a clear bias in favor of STL operators. Take note that the TRAIN Law requires that all lottery tickets must be subject ot 20 percent withholding tax on winnings above P10,000. ($190.00)”

Either “by design or by oversight,” this exemption allowed the countries STL operators to evade billions in taxes.

This causes additional problems for the PCSO. Adding this to the accusations already made by Sandra Cam, STL partners neither paid in to the government’s tax coffers, nor to the charities they were obligated to support. As a result, the only people profiting from it were the STL partners themselves, and any officials who might have been on the take, looking the other way as they operated.

President Duterte shut down the PCSO, and STLs along with it, in late July, saying that the entire operation was too corrupt to continue running. He then relented, after a wave of criticism, and re-opened PCSO operations while keeping STL closed and under investigation.

Much like Sandra Cam, the VACC didn’t hold back in their accusations, pointing the finger directly at officials within the PCSO for allowing this to happen. “Arguably, this cannot happen without the tolerance or active participating of embedded corrupt officials at the PCSO,” they wrote. “Most likely, these are the same officials who are obstructing the internal cleansing that you wish to implement.”