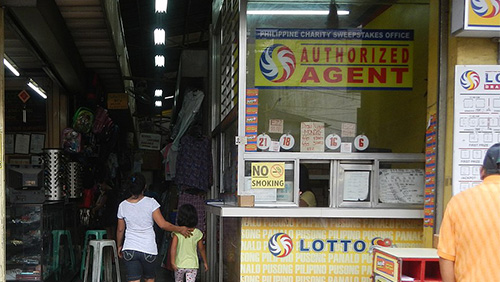 President Rodrigo Duterte has already said a few vague things about why he closed down the Philippine Charity Sweepstake Office (PCSO) temporarily, and small town lotteries (STL) indefinitely. To get at the real truth though, there’s no better source than the whistleblower herself, Sandra Cam, board member of the PCSO, who joined ANC’s Karen Davilla to expose how bad the STL problem really is.

Cam revealed that she was Duterte’s source inside the PCSO, telling him of the corruption she was uncovering. She pinned the blame primarily on the leadership of the organization. “This is about massive corruption inside the PCSO involving retired generals that were being assigned there, or appointed there,” she claimed.

Specifcially, she pointed the finger at three retired generals, who either used to be with the organization, or are still there. Specifcially, she named Alexander Balutan, Jose Corpuz and current chairman, Anselmo Simeon Patrol Pinili, a Duterte appointee.

Specifically, she alleges that when the PCSO started franchising STLs, they had 18 regulatory compliant partners. However as these generals took over, that number ballooned to more than 40, with a marked increase in corruption. While the PCSO would expect to receive more than PHP 6 billion ($120 million) per month from these operations, it was receiving less than PHP 1 billion.

The corruption really came to light when she started investigating the STL partner for Pangasinan province, Speedgame. While all STL partners should be submitting remittances to the government from their profits, zero was being received from this partner. When Cam began looking into why, or proposed ending the partnership for a lack of profit, other board members, including the generals, blocked her.

However, unlike Senator Panfilo Lacson, Cam insists that some STLs should have been permitted to stay open, as they were compliant and providing a service to the country. “What I am fighting for is the charity fund for the poorest among the poor,” she said.

She expects that the situation will eventually be fixed, with STLs reopening to provide their gambling services to Filipinos, but the corrupt board members and partners first need to be exposed. “Please bear with our President,” she said. “We need to clean first.”