Home / Casino / South Shore may be giving up on The 13 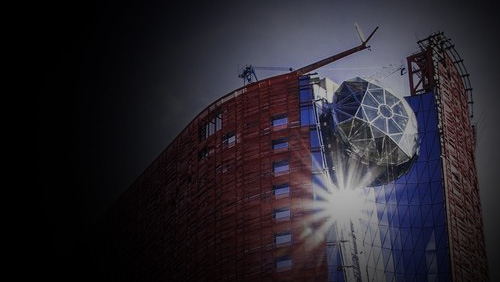 It started out as a bad idea and never got any better. While “13” may not be considered bad luck in some cultures, it proved to be a less than

ideal name for a venture in Macau. The 13 Hotel has not been nearly as successful as expected and plans to build a casino on the property have never been fulfilled. Now, the property’s developer, South Shore Holdings, is reportedly ready to wash its hands and turn the venue over to someone else.

South Shore is reportedly going to dump its 60% stake in the subsidiary of the property, according to a filing with the Hong Kong Stock Exchange. The company entered a non-binding memorandum of understanding with a major shareholder this past January, and that deal now appears to be more serious. The shareholder, as well as the name of the subsidiary, has not been released.

The transfer of shares would cost the shareholder $153 million, money that would be put to good use by South Shore. The company explains that the transaction “may constitute a very substantial disposal and connected transaction” and that the funds would help it reduce the indebtedness of the subsidiary. However, it points out that a definitive agreement has not yet been signed, and that the final stipulations of the arrangement could be the deciding factor. It explains, “Subject to contract, the company envisages that the transaction could extend to a disposal of 60 percent interest in a subsidiary of the company that beneficially owns The 13 Hotel together with its respective bank borrowings of approximately HKD2,942 million [$375.39 million] and the interest accrued thereon for a consideration of up to HKD1,200 million [$153.11 million].”

The 13 has been having serious financial issues, to the point that it had to sell its fleet of Rolls Royces to cover bank loans. South Shore’s revenue has been brought down because of the venue and is ready to cut its ties with the property and look for ways to recuperate its losses. It reported a net loss of $748.4 million for the most recent fiscal year, thanks in part to an impairment of $601.69 million. The bulk of that impairment, $435.4 million, was linked directly to The 13.