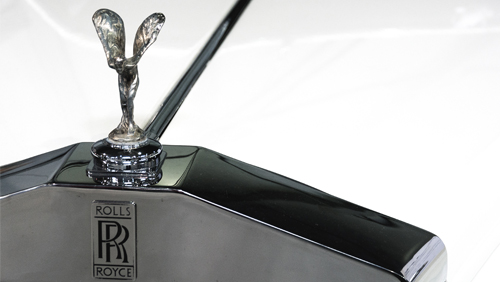 Rolls-Royce is one of the most prestigious names in the world. The cars they have made are truly classics, making them some of the most sought after vehicles in the world. They garner a hefty price, and that is what The 13 has been banking on, as the embattled hotel in Macau has opted to sell 24 of their 30 Rolls-Royce vehicles in order to pay down a portion of their bank loan.

On Thursday, South Shore Holdings, the parent company of The 13, announced that it had entered an agreement to sell a large portion of its bright red Rolls-Royce Phantoms fleet. It was expected that each of the 24 vehicles sold would generate a total of HK$24 million (US$3.1 million), or about HK$1 million each.

It has been less than three years since they took delivery of their fleet of 30 vehicles, paying a total cost of about $20 million. However, this has become a necessity as the project has found itself mired in a litany of troubles, including delays and financial setbacks.

The purpose of selling the vehicles is to pay down the substantial loans that the company has related to the hotel complex.

The 13 has been mired in a number of problems since the project was first proposed. It was supposed to be the ultimate luxury hotel, costing about $1.4 billion to construct. Each room would cost about $10 million to design and create, and a stay at the hotel would cost about 65,000 British pounds per night.

Yet, that $1.4 billion cost has skyrocketed due to continual delays. While the hotel has been finished for the most part, it has not been the lucrative enterprise for South Shore Holdings that they anticipated. In fact, the company reported a $55.38 million loss in the first six months of last year alone. That was a substantial increase in losses from the same period of time for the prior year. Making matters worse, the company has not even been approved for gambling operations yet.

In January, South Shore signed a $191 million memorandum of understanding that was intended to reduce the debt. However, this has not completely alleviated the problem. The company has been looking to take measures to decrease their loans as they are now in ongoing negotiations to receive an investment up to HK$1.5 billion from an unknown party. Trying to remove some of this debt would be a key factor in helping to secure that investment it appears.