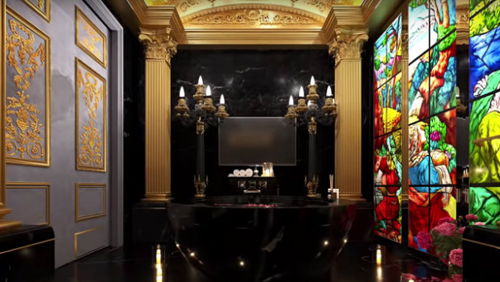 Walt Power may have been removed from his position as CEO and executive director of South Shore Holdings Limited (SSH), but now he is fending off reports that he had been ousted from the position because of the setbacks and delays at the company’s signature project, The 13.

On May 3, it was announced that Power had been removed from his position and placed into a non-executive director role. Instead of three people running the operation, it was reduced to two. Power had been with SSH since February 2013, serving in some of its most important roles with the company, including senior vice president of operations and the chief operations officer of SSH’s casino.

Yet, The 13 became such a burden on the company, which may have forced the former CEO out of his position. This project was first proposed in 2012 but was not completed until August 2018. The plan was to make this the epitome of luxury for the rich, providing the ultimate hotel and luxury suite experience. However, the long delays led to a $55.38 million loss in the first six months of last year. According to reports, that was 18 times the losses the company had faced from the same period of time in 2017.

Power and South Shore Holdings have denied that this move was one that should be construed as disciplinary in nature. Power explained to Inside Asian Gaming (IAG) that the move was mutual, and something that both parties had agreed upon:

“In light of the delay of gaming approvals at THE 13 in Macau, the board and I mutually agreed to my re-designation from CEO to non-executive director from May 1st, 2019. The exact term used in the company announcement was ‘re-designation’ and this language was carefully chosen. My departure as CEO is simply a strategic move of the company given its current position.”

He added that he still continues “as a director with the consent and approval of the board’s chairman and the other directors.”

To this day, there appears to be no official statement from the company explaining why Power stepped down. Power admitted in the interview with IAG that the delays in gaining gaming approvals for the new luxury hotel played a role in his “re-designation” with the company.

Whether there is more to the story is unknown at this point, but the former CEO’s assertions that this is just a simple change of position seems to be a bit fishy.