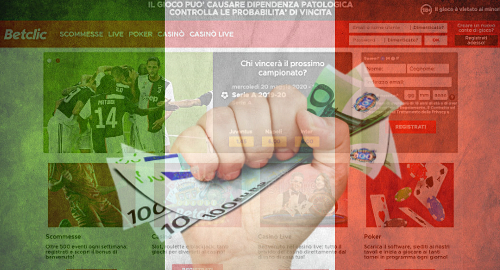 Figures released in the 2018 Blue Book by Italy’s Agenzia delle Dogane e dei Monopoli (ADM) gambling regulatory body show the country’s overall gambling market generated revenue of €18.9b in 2018, basically unchanged from 2017’s result. Land-based gambling was down 1.7% to €17.2b while online revenue jumped 18% to €1.6b.

The government claims that its efforts to prevent Italians from wagering with internationally licensed sites not holding an ADM license are working. While the number of blacklisted online gambling domains continues to rise, the ADM claims that Italian punters’ efforts to access these sites was down by 82% last year.

ADVERTISING BAN PUSHBACK RUFFLING POLITICAL FEATHERS
Meanwhile, a war of words has broken out between Italy’s coalition government and the independent media oversight body Autorità per le Garanzie nelle Comunicazioni (AGCOM). The dispute centers on AGCOM’s view that the country’s new gambling advertising ban as written is unworkable and should be subject to a formal review.

AGCOM maintains that the advertising ban will impair locally licensed gambling operators’ ability to offer a product that can compete with the international sites serving Italian punters without Italian permission. AGCOM notes that encouraging local gamblers to patronize sites outside Italy’s control is antithetical to the government’s stated aim of preventing potential gambling harms.

AGCOM’s message was immediately slapped down by Deputy Prime Minister Luigi Di Maio, who accused AGCOM of trying to ‘water down’ the ad ban while suggesting the authors of AGCOM’s report “do not care about the lives of children and their families.” Di Maio ‘invited’ AGCOM’s leaders to resign and threatened that the government may remove them by September if they don’t opt to leave of their own accord.