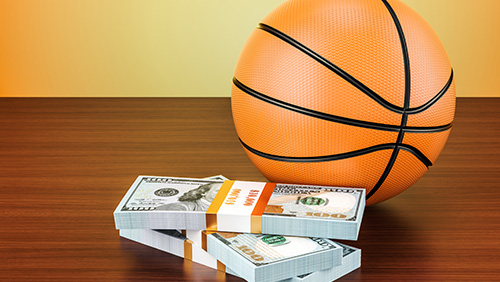 Sometimes, placing a huge wager can pay off handsomely. Placing a $100 bet on Shane Lowry to take down golf’s The Open Championship gave bettors a payday worth $8,000. $85,000 on Tiger Woods to win a Masters gave James Adducci a stack worth $1.19 million. Those are risks some would consider worth taking. However, in the oddball column we find a gambler who has put up over $100,000 on an NBA game that, if successful, would only net a purse of just over $2,000. To make matters worse, this isn’t the first time he’s done it.

According to Westgate Las Vegas Superbook’s Jeff Sherman, an anonymous gambler placed a bet of $100,500 that the Philadelphia 76ers will make the NBA playoffs next season. The odds are -5000, which amounts to a $5,000 bet earning just $100. The taxes, bank fees and vehicle expenses to place the bet are more than anything that could be pocketed.

Saying the 76ers won’t make the playoffs next season is like saying the sun won’t come out tomorrow. The chances are virtually nil, especially with the multimillion-dollar talent that the team has. The team’s starting lineup includes headliners like Tobias Harris and Ben Simmons and, as long as they don’t get injured, the team’s presence in the playoffs is almost a guarantee.

This same unnamed gambler made a similar wager last season. Against -10,000 odds, he put up $67,000 that the Golden State Warriors would head to the playoffs. The California-based team not only made it, but went on to make it to the Eastern Conference semifinals before being handed a defeat by the Toronto Raptors four games to two.

That $67,000 bet was even less productive for the gambler. With the odds as weak as they were, he only picked up $670 as profit.

The same gambler loves to place bets with virtually no return. Westgate’s sportsbook director, John Murray, has indicated that another bet was placed for the upcoming NBA season, predicting that the Milwaukee Bucks would reach the playoffs. The wager in this case was “only” $10,000, but the odds are -10,000. If the team makes it, that’s another $100 (minus Uncle Sam’s cut) in profit.