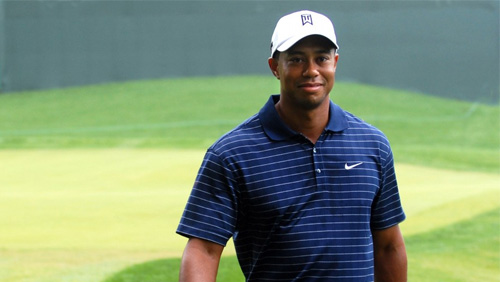 After a dry spell that lasted 14 years, Tiger Woods finally won another Masters Tournament this past Sunday. It marked a comeback that was a long-time coming and was not expected by virtually

anyone—Woods included. However, one gambler was willing to take a chance that the impossible (or improbable) was possible and placed a bet on Woods taking the green jacket. His gamble paid off and a sportsbook suffered its “biggest loss ever” because of it.

The gambler, 39-year-old day trader James Adducci, put down $85,000 at the William Hill U.S. sportsbook at the SLS Casino in Las Vegas on Woods to win. His odds were 14-1 and, as Woods was slipping into his new Masters jacket, the gambler was slipping into party mode, ready to collect $1.19 million. It was the largest single golf ticket ever for the company.

Explains Adducci, “A month before is when I knew I was going to do it. I had been thinking a lot about this. I watched Tiger’s performance at the Tour Championship, and things seemed to be going his way. I looked at how well he did there, and some other factors you can’t put stats behind. It wasn’t about the stats for me. The fact that this was going to be his first major in front of his kids, I was convinced he would win.”

William Hill Director of Trading Nick Bogdanovich mentioned the bet, and the major loss the company incurred, stating in a release, “It’s great to see Tiger back. It’s a painful day for William Hill—our biggest loss ever—but a great day for golf.”

According to Darren Rovell of the Action Network, the only person who earned more than the gambler at golf this past Sunday was Woods himself. He points out on Twitter:

Woods has now won 15 majors. He is the second-oldest winner of the Masters, at 43 years, behind Jack Nicklaus, who won his sixth in 1986 when he was 46. Woods is now on track to beat the number of major wins set by Nicklaus at 18 and Nicklaus recognizes the potential. He told the Golf Channel, “I felt for a long time that he was going to win again…. He’s got me shaking in my boots, guys.”