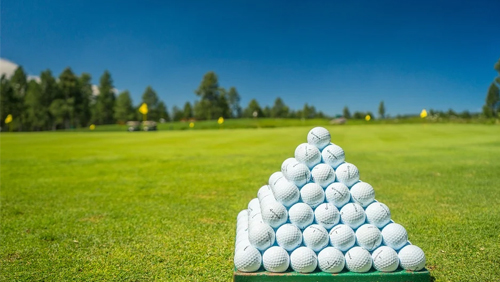 Usually there are four major championships each golf season – all majors are part of both the PGA Tour and European Tour – and they are supposed to go in this order: Masters in April, PGA Championship in May, United States Open in June, and British Open in July.

However, this is anything but a normal year around the planet due to the coronavirus pandemic. The British Open, scheduled to begin July 16 at Royal St. George’s in England, has been flat-out canceled for this year because of it. It’s the first time the tournament won’t be played since World War II. Royal St. George’s will instead host in 2021.

The other three majors have been rescheduled in the hope of playing them, although it’s quite  possible no fans would be allowed in attendance. The Masters was to tee off this Thursday at Augusta National Golf Club but now will run from November 12-15 – smack dab in the middle of the NFL and college football seasons.

The PGA Championship at TPC Harding Park in San Francisco was to be played May 14-17 but has been shifted to August 6-9. That might be optimistic with how hard California has been hit by the virus. The U.S. Open has shifted from June 16-19 to September 17-20 at Winged Foot Golf Club in Mamaroneck, N.Y. New York has been hit harder than any other state in the USA. That U.S. Open new date is also the week before the Ryder Cup.

World No. 1 Rory McIlroy and Brooks Koepka had both been listed at +200 to win a major championship this year before the dust settled on the schedule reshuffle – again, obviously all players’ chances are 25 percent less in 2020 with the British Open gone.

McIlroy is looking to complete the career Grand Slam with a first victory at the Masters, for which he is the +650 favorite with Koepka at +1000. McIlroy is +800 chalk for the PGA Championship, with Koepka out in front at +800 to win the U.S. Open. Koepka has yet to win a green jacket but is the two-time defending champion of the PGA Championship and won the U.S. Open in 2017 and 2018 before finishing runner-up to Gary Woodland last year.

Tiger Woods was at +275 to win a major followed by Dustin Johnson and Spain’s Jon Rahm, both at +300. Woods hadn’t won a major since the 2008 U.S. Open before a memorable victory at the 2019 Masters. That was his 15th major title, three behind the all-time record of 18 held by Jack Nicklaus. Woods sits at +1000 to win the Masters again this year.

Johnson has contended in multiple majors but has just one victory in them, coming at the 2016 U.S. Open. Rahm is looking for his first. Johnson is at +1000 on the odds to win the U.S. Open this year, while Rahm’s top odds on the board are +1200 to win the Masters.