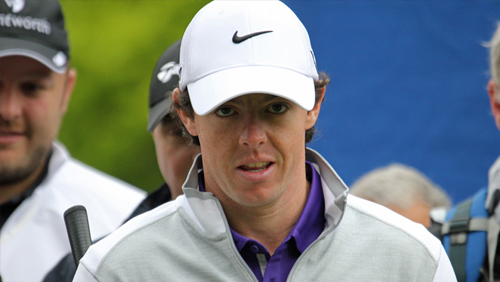 The PGA Tour’s return from a three-month coronavirus-related absence went off without a hitch last week at the Charles Schwab Challenge in Fort Worth, Texas – although it was noticeable that some players out of habit waived to fans after making a putt; there were no fans in attendance.

Daniel Berger won the Charles Schwab Challenge in a playoff and also will be in the field this week (+3300 to win) as the Tour shifts to Harbour Town Golf Links in Hilton Head Island, South Carolina, for the RBC Heritage. Normally, this is one of the more “casual” events on Tour because it is played the week after the pressure-packed Masters (while the winner at Augusta gets a green jacket, here he gets a plaid jacket) and thus most top players skip the RBC Heritage.

However, this is anything but a normal PGA Tour season so the tournament will have arguably its best field ever with each of the world’s Top 5 teeing it up. Current world No. 1 Rory McIlroy hasn’t played this tournament since 2009 when he was 19 but is a +1200 favorite. Former world No. 1 and current No. 3 Brooks Koepka never has and is +4000.

Alas, Tiger Woods is not in the field. There was some speculation last week that Woods would tee it up because he moved his yacht up the East Coast from Florida to not far from Hilton Head Island. Woods has not played in the Heritage since 1999.

Harbour Town Golf Links is a par 71 at about 7,100 yards and the winds will be a factor. There are very narrow fairways and small greens. This tournament began in 1969 and Harbour Town has been the only host. The 72-hole tournament record is a 264 by Brian Gay in 2009.

One “Horse for the Course” is Jim Furyk, who has won the tournament twice and has a handful of other Top-10 finishes – although he has missed the cut in two of his past three visits. He’s +12500.