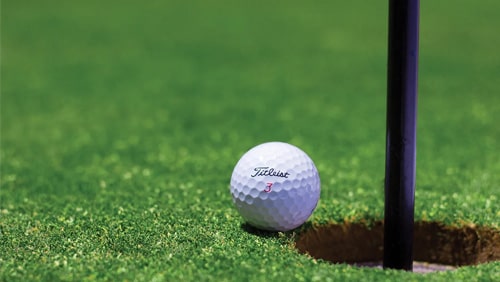 The GOATS were out on the greens yesterday, playing golf to raise money for coronavirus relief. The Match: Champions for Charity pitted Tiger Woods and Peyton Manning playing against Phil Mickelson and Tom Brady, and the contest had everything a high-profile event such as this should have – great shots, not-so-great shots, good weather, not-so-good weather and a finish that came down to the wire. It’s all good whenever charity wins.

Woods and Mickelson make a living out of sending a golf ball down the fairway toward the cup, while Manning and Brady are better at sending a spiraling football through the air. Still, the NFL stars have dabbled in golf over the years and both have been able to develop their games to a level that made this an interesting match. It also made for some interesting betting lines, with the Woods team getting -225 and the Mickelson team the definite underdogs at +170.

The tournament, which had to be delayed 45 minutes because of weather, took place on Woods’ stomping ground, the Medalist Golf Club in Hobe Sound, FL. That may have given him and Manning a slight edge, even though Brady, who just signed on to be the quarterback for the Tampa Bay Buccaneers, recently became a member of the club, as well. Brady certainly hasn’t had the chance to fine-tune his skills on the course, but this didn’t dissuade his team from putting up a solid fight throughout the contest. Still, Brady’s game could only be described as sporadic, with his tee shots going all over the course.

One of those tee shots was so far off that he was forced to take a penalty stroke. If that weren’t enough, he also suffered a wardrobe malfunction when his pants split. However, you don’t get to become the NFL’s best quarterback with six Super Bowl rings by choking or losing your cool, and Brady kept it together the entire match. That penalty stroke, which happened on the seventh hole, was followed by a massive 100-yard birdie that left everyone, including announcer, NBA legend Charles Barkley, flabbergasted.

That birdie was enough to allow Team Mickelson to tie the score for the hole; however, it wasn’t enough to threaten Team Woods, which maintained a 3-stroke lead. However, it was still a huge win for Brady, since it earned $100,000 for charity, thanks to a side bet he had made with golfing great Brookes Koepka.

Those sports gamblers who had gone for the underdog almost saw a nice payday. Unfortunately, the possible come-from-behind win was denied by Team Woods, which ultimately won the match with a one-up win. Given how inconsistent Brady had been in the first half of the contest, for which social media didn’t hesitate in roasting him, this competition really could have gone the other way. There’s always next time.