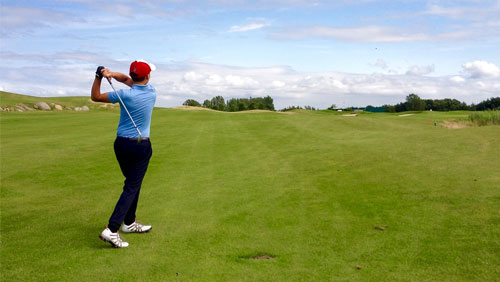 What do you get when you put four sporting legends together in a bid to raise money for charity? Answer: millions of dollars.

When the ideas team for a charity golf match put forward the prospect of Tiger Woods and Peyton Manning taking on Phil Mickelson and Tom Brady, it must have been one of the marketing slam-dunks of all-time. Two NFL legends, two golfing superstars who have previous, it had everything, potentially.

The reality is that the game itself was even better than the hype and the result of that was the raising of over $20 million to fight COVID-19 and help victims of the global pandemic.

With the PGA just two weeks away, the NFL has a little more lead-time on getting its biggest superstars fit and ready for the season. In a game that is as good for American Football as it has been for golf was a charity classic.

The charity target at the first tee was a highly ambitious $10 million. By the end of the 18th hole, over $20 million had been raised. With Justin Thomas pitching in as an on-course roving reporter, the stage was set for each man to travel between holes in their own mini-moke golf cart, picking up their own balls and selecting their own clubs. There may have been no caddies, but the whole game had a flavor of the film Caddyshack about it, the only thing missing being a malevolent gopher to menace the masters of their respective sports.

While the game itself was not topsy-turvy, Woods and Manning leading from the 3rd hole, by the end of the 9th hole, the eventual winners were three holes up, with Manning contributing two birdies himself.

As early as the 5th, the banter was lit between two great frenemies of the golfing world, Tiger Woods and Phil Mickelson. Mickelson, who won their previous winner-take-all showdown for $9m back in 2018, asked Tiger Woods to mark his ball from 80 yards away. Now that’s social distancing.

“You want me to mark [it] with a U.S. Open medal?” asked Woods, a cheeky reference to his three titles in that discipline, with Mickelson never having won one. .

“Do you have one? I have some silver ones!” Mickelson replied, taking the jibe in good spirits.

It would not be either pro golfer who delivered the shot of the event, however, and nor would it be the impressive Peyton Manning, who more than played his part in his duo’s victory.

Tom Brady’s trade to Tampa Bay may have raised hopes for fans of the ‘Bucs’ and coach Bruce Arians that this is their year in Super Bowl 55, but he wasn’t finding the fairways. Under pressure from Charles Barkley in the broadcast booth and facing a $100,000 side-bet from pro golfer Brooks Koepka that he wouldn’t make a single par, Brady dropped a penalty on the 7th hole before facing a tricky fourth shot to make the green.

Tom Brady proved that whether it’s on the football field or the golf course, he has the eye of the tiger himself and can find the hole from any position.

“Shut your mouth, Chuck,” said Brady with a sly grin.

While Woods birdied the hole too to help his team to the eventual win, there were plenty of laughs along the way, with Mickelson even bringing his ‘Tiger Slayer’ putter out of the bag, albeit to no avail.

After the event, Peyton Manning spoke on what it felt like to go toe-to-toe with two of the golfing world’s best-ever players, as well as Brady, of course.

“Phil said he was nervous. I know Tom and I were comparing notes. To be behind the ropes in these guys’ worlds, to be in the arena with them, it was really a special experience.” Said Manning.

“Knowing $20 million was raised and helping people going through tough times, it was an honor to be invited. It’s something I’ll always remember.”

So too will the many fans who tuned in to the action.