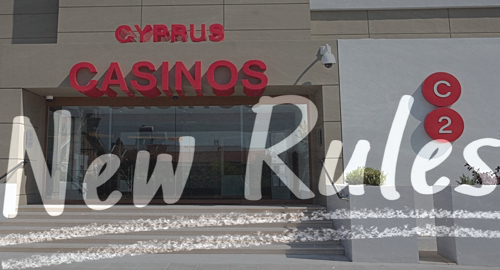 The Republic of Cyprus has unveiled new restrictions on how the country’s lone casino operator can promote its wares to local residents.

On Monday, the Cyprus National Gaming & Casino Supervision (CGC) published new guidance on how the country’s lone casino licensee Melco Resorts & Entertainment (MRE) must handle casino advertising and promotion (the latter term defined as “a sale or special offer to increase visibility of the casino and gambling services”).

The CGC says the new rules, which apply to both MRE and its “affiliates and agents globally,” aren’t intended to prohibit MRE from marketing its casino attractions but to promote “responsible advertising” and to mitigate the impact of such advertising on underage Cypriots, problem gamblers and other such “vulnerable persons.”

Local TV and radio stations are prohibited from airing any gambling ads between the hours of 6 a.m. and 11 p.m. Any ads appearing between 11 p.m. and 6 a.m. cannot appear during or immediately before and after children’s programs or programs considered “likely to be of particular interest to children.”

Similarly, “programmatic” ads pushed via digital channels cannot target anyone under 21 years of age. Outdoor and indoor displays cannot appear within 300 meters of a school or any other “primarily youth-oriented location,” including movie theaters where the flick is intended for a youthful audience. Such ads also must steer clear of problem gambling treatment facilities.

Interestingly, the rules also prohibit placing gambling promos on “websites that would disparage the reputation of [MRE] and the Republic or its agencies.”

Failure by MRE or any of its agents — including junket operators — to abide by these rules will be considered “grounds for conducting disciplinary action against the liable person.” The CGC will be solely responsible for determining whether the rules have been breached.

MRE currently operates four Cyprus Casino-branded gaming venues in Cyprus, including three ‘satellite’ casinos and the ‘temporary’ casino in Limassol that serves as a stand-in until the City of Dreams Mediterranean integrated resort opens towards the end of 2021.