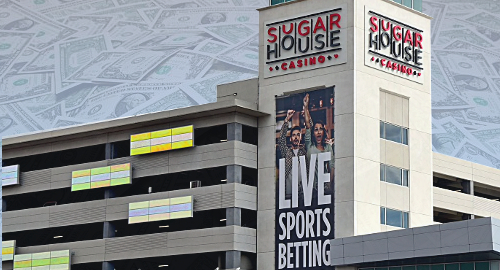 Pennsylvania’s gaming market set a new revenue record in its most recent fiscal year thanks to contributions from new sports betting and daily fantasy verticals.

On Thursday, the Pennsylvania Gaming Control Board (PGCB) released its financial data for the 12 months ending June 30, 2019, during which gaming revenue hit just over $3.3b. That’s a 1.84% rise over the previous fiscal year’s result, and the second straight year that gaming revenue has set a new state record.

But the state’s new sports betting vertical, which launched land-based operations last November and its first online betting options this May, contributed an extra $21.7m to the kitty. The state’s fantasy sports licensees, which commenced operations in May 2018, added $23.6m in their first full year of operations, versus only $2.3m in their limited run during the previous year.

The state counted eight sports betting licensees as of June 30, and Philadelphia’s SugarHouse Casino was the unquestioned betting revenue leader in the month of June with $932k, which was split nearly 50/50 between land-based and online wagering.

Parx Casino ranked second with nearly $386k, of which a mere $18,432 came via digital betting. Pittsburgh’s Rivers Casino ranked third on the retail betting chart with $247k and might have challenged Parx for the number-two spot if Rivers’ digital operations hadn’t booked a net loss of over $114k for the month.

For the market as a whole, online wagering accounted for only 18% of June’s total betting revenue of just over $2m (of which the state claimed nearly $700k as its own, thanks to the 36% tax on betting revenue). However, digital wagering – which was only available via three operators in June, and two of those didn’t launch until the last week of June – accounted for 41.7% of overall wagering handle.

The PGCB will likely get another boost when it reports its fiscal 2019-20 revenue next year, thanks to this week’s launch of the state’s first online casino operations.